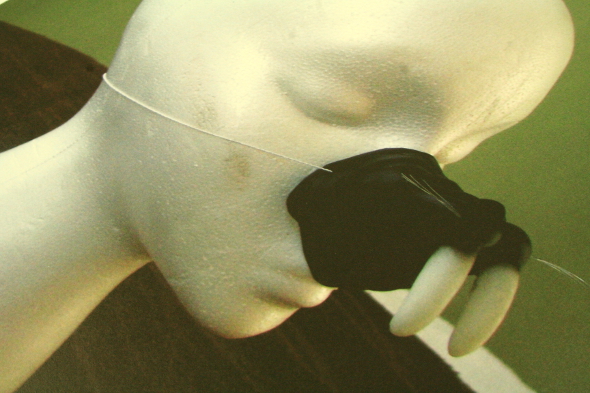 Readers of Juno Plus may have recently seen an extensive feature on the story behind The Wipe by Teste on the site. One of the most influential techno records of the past two decades; it’s hard to trace a musical connection to this release on Stephen Bishop’s label. However, there is a link and Dave Foster from Teste and Rich Oddie from Orphx are behind Ontario Hospital. Like Adam X, whose Sonic Groove label he has put out key records on, Oddie and his production partner Christine Sealey in the Orphx project inhabit the shadowlands between club techno and industrial noise, sometimes referred to as ‘power noise’. 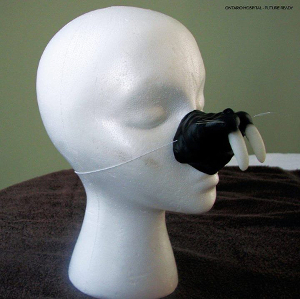 On this occasion, there is no sign of the hypnotically bleak techno grooves that Orphx has released on Sonic Groove or indeed Teste’s high-octane sound on Future Ready. Drenched in feedback, haunted by the ghastly screeches of tortured souls and powered by battered, splintered death-march drums, this four-track EP is not an easy listen. It’s clear that the duo has taken influence from the sonic experimentalism of the ’80s rather than techno’s linear functionality and there are echoes of Test Dept and Throbbing Gristle’s industrial brutishness as well as Einstürzende Neubauten’s penchant for generating bruising rhythms from waste metal.

Fittingly, “Bleed Down” is full of blasts of noise sitting over the kind of murderous, slow-grinding groove that characterised Kollaps, while “Consumer Report” is just as intense. It sees the duo layer wave upon wave of ear-splitting bursts of noise –  it could be the sound of a drill rendering steel poles apart  – and demented shrieks over a slow-paced beat.

The title track is slightly more restrained thanks to its dubbed out drums and eerie effects, but the spectre of a malevolent banshee remains to bark out a deranged rant. Finally, there’s “Perfect Skin”. The skewed drums are set to a suggestive crawl, wiry, scratchy noise itches like a junkie’s arm and the unnamed frontman snarls out ‘rise and shine’ repeatedly through blood-soaked phlegm.

A1. Future Ready
A2. Consumer Report
B1. Perfect Skin
B2. Bleed Down