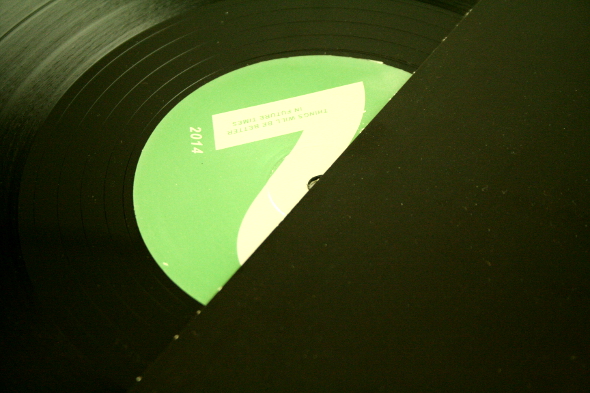 Andrew Field-Pickering has history when it comes to drums, famously drumming in a DC punk band early in his musical journey. This freestyle, in-your-face approach can regularly be heard in the off-kilter rhythms, hissing cymbals and fearlessly dense beats that characterize much of his output as Maxmillion Dunbar and Max D. With the first Dolo Percussion EP issued by LIES – simply titled Dolo Percussion, and boasting numbered tracks with no other information – he indulged this part of his musical persona, breathing new life into the humble DJ tool. In the process, he came on like Ginger Baker with an MPC, or Buddy Miles hammering away at a TR-909. This was drum machine jazz, pure and simple, with a raw and heavy undercurrent of classic Chicago house. It wasn’t to everyone’s taste, of course, it takes an adventurous DJ to drop six minutes of freestyle, body-popping drum machine abuse. 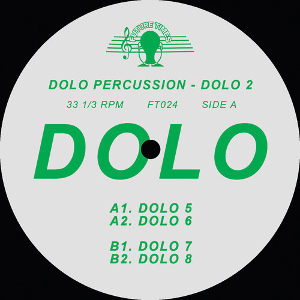 The same praise can be lavished on this follow-up, which delivers more percussive madness, this time on Field-Pickering and Mike Petillo’s usually melodious Future Times imprint. From the off, Field-Pickering goes in hard, with ricocheting, jungle-influenced snares – no surprise, given his recent “Highlife” single and insane remix of Adjowa for DBA Dubs – sparring with hiss, jazz-inflected cymbals. When a kick drum pattern does finally emerge, it’s only to underpin a fluid, constantly building workout that shifts form and focus on multiple occasions. Hard bop legend Max Roach would be proud.

There’s more of a straight-up jackin’ feel to “Dolo 6”, whose steadfast, monotonous kicks and snares are given extra energy by Field-Pickering’s use of a mutated, grunting vocal sample. It’s a straight-up pummeling rush of energy, thrusting you forwards at breakneck speed. It’s almost implausibly raw, with occasional drops and breakdowns only serving to highlight the track’s surging percussive funk and low-slung intensity. It’s probably the most “straight-up” moment here, but it still swings like Sun Ra jamming with DJ Pierre.

Field-Pickering switches tempo and time signature again on “Dolo 7”, whose ambidextrous rhythms sit somewhere between mutant breakbeat, wonky two-step and classic West London broken beat. Cowbells, hi-hats and snares fizz from the speakers, inviting dancers to give themselves over to its incessant, carnival-inspired rhythm. Like the rest of the Dolo Percussion material, it’s built around a relatively sparse number of percussive elements, yet still feels notably dense. In fact, you don’t notice the lack of a bassline or melodic elements; you’re too lost in the skittering groove to care.

The EP’s final missive, “Dolo 8”, is a return to 4/4 pastures, though once again its heavily layered hits, tipsy electronics and scattergun drum machine programming take you to another realm altogether. It is, like the tracks that precede it, an unholy freak-out of epic proportions. Somehow, though, it all makes perfect sense – in the topsy-turvy world of Dolo Percussion, at least.