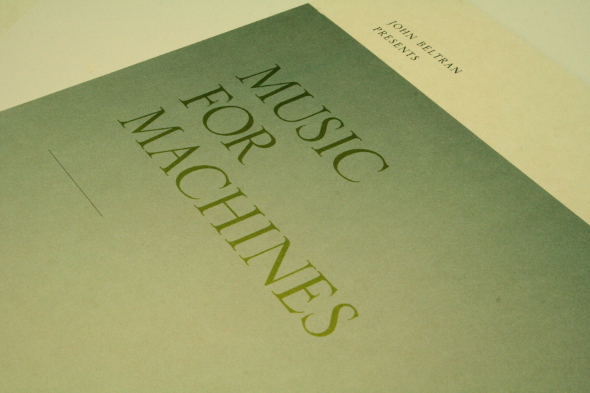 Call it ambient, new age or whatever you want, but Music For Machines sees John Beltran compile a collection of beautiful tracks that allows the listener to tune out from everyday life. It marks a change of role for the US producer, who is better known for his gentle, evocative electronic releases for labels like Delsin, Peacefrog and R&S. Like his own music, the artists that Beltran has collected on Music For Machines make tracks that are of a similarly reflective and contemplative nature. 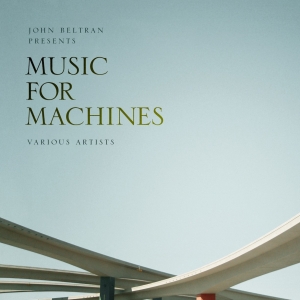 Without sounding too much like a yoga instructor down at the local community hall, there’s a sense of inner calm running through the selections; it’s audible on the hushed textures and wide-eyed keys of Mick Chillage’s “Only In My Dreams”, the cascading melodies and understated back betas of Greg Chin’s “Dashboard Angels” and the gentle static hiss and beautiful, meandering synths of Winter Flag’s opening track, “Winterfall Winds”. It’s all too easy to dismiss music like this; it could be argued that the contributions to Music For Machines are a bit too coffee table for their own good and don’t reflect the fast pace of modern life and its attendant noise. But does everything have to?

This writer would much rather spend five or six minutes in the company of the sombre sounds of Reinehr’s “Lung” or the breathy vocals and hymnal organ of Natalie Beridze’s “Winter Boredom” than be subjected to tape-saturated house or a limited edition cassette that mimics the sound of a zealous gang of workers cutting up the pavement outside my house with jackhammers. Machines are great to make noise with, but as this compilation shows, they are just as adept at conjuring up moods and atmospheres that allow the listener to escape from reality for an hour or two. So put your feet up, turn off your screens and let Music For Machines do the hard work.