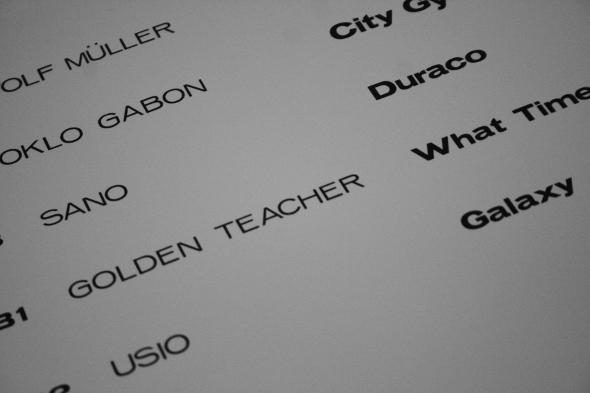 Musically speaking, Huntleys & Palmers has always been very good at keeping its options open; the label may have been founded to release the humid rhythms and sweaty melodies of Auntie Flo, but their outlook has always been a little more forthright. It’s true that they tend to look further afield for artists than most – think Argentina, Chile, South Wales and Frankfurt, as well as their well-known links to London and Glasgow – but the music they release often has more in common with robust house and techno than the rave-friendly music hybrids coming out of certain parts of Africa, South and Central America. 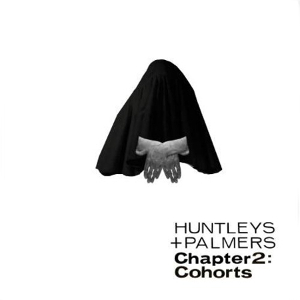 It’s in keeping with the European/South American dancefloor blends pushed forward by Matias Aguayo’s Cómeme imprint, with the emphasis split equally between off-kilter ideas and the accepted norms of drum machine-based music. This was rarely more obvious than on Chapter 1, a split release from spring 2014, which seemed more concerned with delivering dark, late night grooves than sticky, tropical concoctions. To a certain extent, there’s a similar vibe about Chapter 2, though it feels a little more adventurous – both musically, and in its impressive cast list.

Think of this record as a love letter from Huntleys & Palmers boss Andrew Thomson to those that have inspired the label most over recent times. Cómeme man Sano gets a look in, as does Studio Barnhus associate Usio, and Düsseldorf-based eccentric Jan Schulte (under his occasional Wolf Müller alias). The other two artists featured have links to Glasgow; former resident Oklo Gabon (now back in his native Gothenburg) and Optimo Music mavericks Golden Teacher.

Interestingly, the three tracks that really stand out are those that sound most unlike anything the label has released before. Oklo Gabon’s “City Gym” is thrillingly muscular, lacing intoxicating bleep melodies over a chugging, heavily synthesized groove. It sits somewhere between Italo-disco and EBM, with twisting electronics and occasional blasts of acid tweakery emphasizing the druggy, late night feel. It leaves a genuinely lasting impression.

Golden Teacher’s music is always surprising, but there’s something particularly eyebrow-raising about “What Time Is It?”. We’re used to hearing them in full-on “party band” mode, but this seems to have been designed with after-parties in mind. Musically, it bears many of their aural trademarks – clandestine effects, druggy vocals, winding analogue electronics and skipping drum machine beats – but is free of riotous African-influenced rhythms and the usual nods to dub. As smacked-out vocal samples fizz between the left and right channels and woozy electronics drift in and out of the mix, you’ll feel more than a little disorientated. It reminded this writer a little of the ketamine soaked productions with which Invisible Conga People made their name.

The real highlight, though, is “Rudeltanz”, Schulte’s contribution under the Wolf Müller alias. It, too, is an atmospheric beast, but has a much looser, more organic feel than anything else presented here. There are live drums, guitars and bass, which provide a relaxed, almost hazy feel. Add in his usual eccentric touches – what sounds like electronic didgeridoo, delicate metallic percussion and trippy electronics – and you have something that’s frustratingly hard to pin down, but excites every time you hear it. That’s always been Schulte’s greatest strength, and it’s pleasing to see Huntleys & Palmers give him due credit.