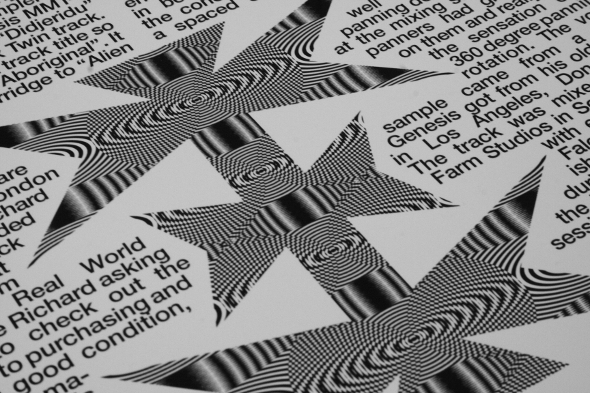 On its latest release, Dark Entries maps out the murky intersection between the tail end of ‘80s industrial and the (b)rave new world of ‘90s dance music. Psychic TV was Genesis P. Orridge and Peter Christopherson’s post-Throbbing Gristle project, one which was rooted in experimental, psychedelic sounds to begin with. However, it seems that the act wasn’t impervious to what was happening around it and by 1990 Psychic TV, which by then had shed Christopherson as a member, released Towards Thee Infinite Beat. 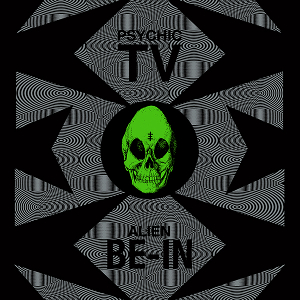 Heavily influenced by the acid house explosion, it saw Psychic TV embrace blissed out electronic grooves (this writer still remembers tripping the light fantastic to their live show as a freshman at college when they toured Towards Thee Infinite Beat and then later helping a rather wild-eyed Orridge break into his dressing room – the reason why he didn’t have a key remains unexplained to this day).  “Alien Be-In” was one of the key tracks on the album and it sums up the wide eyed wonder and sense that at that time, anything could and did happen.

Maybe it does sound a bit too naïve nowadays, but the vocal sample proclaiming “We don’t where it came from and can’t imagine where it’s going”, that murky but relentless bass and segue into crisp break beats sounded at the time like the planets aligning. It’s even possible to excuse Psychic TV their use of the hated didgeridoo that gives “Alien Be-In” that hypnotic, tunnelling sound. After all, this release pre-empted the Megadog movement and the tendency for every crustie on the planet – a demographic Psychic TV surely despised – to torture the accursed instrument at the slightest hint of a rave-up.

It’s always hard to remix an act like Psychic TV, but in fairness to the artists involved in this project, they have done an admirable job. This is because they were either in the band or are inspired by it. Fred Gianelli, who was part of Psychic TV at the time Towards Thee Infinite Beat was released, gives the bassline a meaner edge and spews on razor-sharp percussion on his ‘mono’ remix. More impressive however, is Silent Servant’s contribution. Together with John Tejada, he unleashes furious snares and noisy droning riffs, while his solo version is in a similar vein to his recent Cititrax release. Mendez has taken the track’s original bassline and has turned into a relentless, grinding sound that sits at the centre and propels forward one of his distinctive wave-techno rhythms. Whatever plane Psychic TV’s members now reside on, they would surely approve.