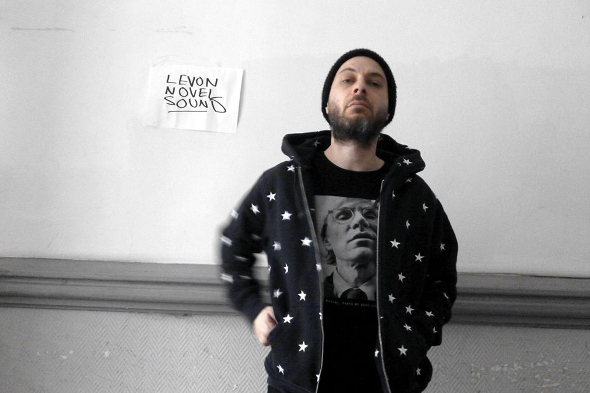 The self-titled 4LP will arrive through the producer’s own Novel Sound label ‘soon’.

Ah Levon Vincent, how we love you. Here’s a man whose commitment to furthering techno recently included the offer of paid apprenticeships in the art for budding producers, and resulted in a fine debut record by Dublin pair Terriers. The techno community as a whole ground to a standstill this week and collectively rubbed hands with fervour as Vincent began leaving breadcrumbs of information regarding his debut album on his official Facebook page; Monday saw an amusing brief visual revelation, whilst today a hand written tracklisting appeared.

Due to arrive ‘soon’ through his own Novel Sound label, the self-titled debut album comes spread across a hefty four slabs of vinyl (beat that Theo Parrish) and the tracklisting includes a dedication to his cat, Mona. The album will be the ninth release on Novel Sound, the label Vincent set up in 2008 which has been responsible for some bonafide Levon classics such as “Double-Jointed Sex Freak” and “Man Or Mistress”.