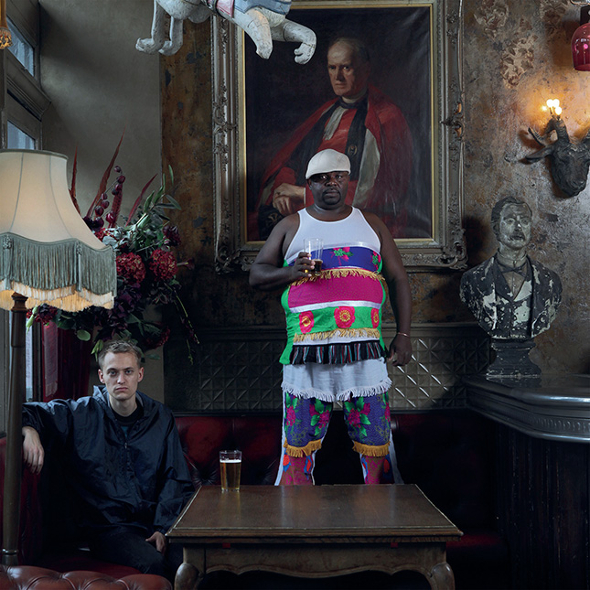 The unlikely paring have collaborated on a 12″ to be released on Bleep next month.

Though the fast-paced form of dance music was brought to wider attention via a 2010 compilation on Honest Jons, last year it was revealed that Shangaan Electro figurehead Nozinja had signed to Warp Records, with the Tsekeleke single the first fruits of their partnership. Now exciting news has emerged that the South African artist has collaborated with “Hackney Parrot” producer Tessela for a forthcoming single on the Bleep label, in what must surely be one of the most unexpected team-ups of recent times.

The collaboration apparently came about when Bleep suggested the pair work on a 12″ release, meeting in an East London pub for a pint and finding common ground despite their differing approaches to production. They went to Tessela’s nearby studio for an impromptu recording session, the results of which can be heard on the two-track Wa Chacha single. The A-side features Nozinja’s original version, while the flip includes producer Tessela’s version, which sees him throwing his weighty breakbeats into the mix.

Both tracks can be previewed below ahead of the record’s release early next month. As with all Bleep releases, the brilliant photography and design seen above were handled by Shaun Bloodworth and GiveUpArt, with Nozinja evidently the keener drinker of the two.

Bleep will release Wa Chacha on 12″ and digital formats on February 9.