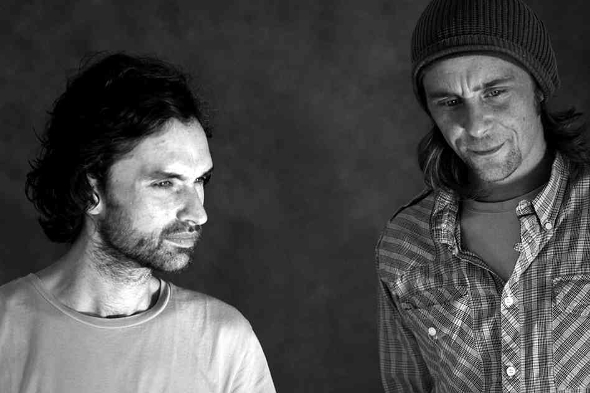 Hear the last 12″ in the Modern Love duo’s irregular series “for the time being”.

Since 2013 Miles Whittaker and Sean Canty have been releasing rugged club killers and noisy experimental tracks under the Testpressing banner, twisting grime, jungle, funky and even house into unrecognisable shapes. With typically little fanfare, the duo’s seventh record has just been released, and is billed as the final installment “for the time being”, something that will come as a blow to those who have been enjoying both what is some of the best club music of recent years and the killer insert artwork from Alex Solman.

Once again the record features two tracks. “Rathe” is, according to Boomkat, a “show-stopping bloom of heavenly voices and halfstep jungle”, while “Patchwork” supposedly combines the influence of musique concrete with 2-step rhythms – those with a keen ear might hear a mangled vocal sample in there taken from Wookie’s UKG classic “What’s Going On?” from 2000. Both tracks can be listened to in full below.