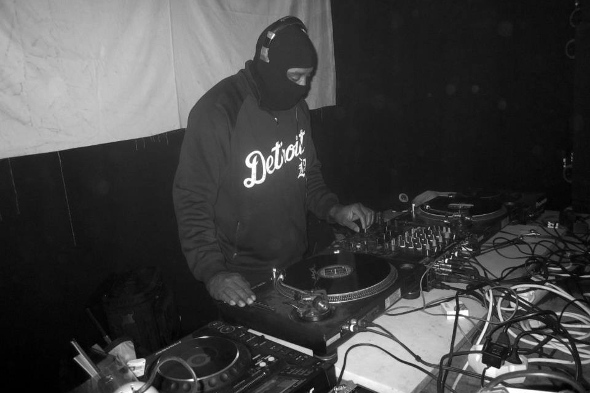 Hear the Detroit legend fuse dub and electro on his killer remix of the anonymous duo.

Since 2013 the anonymous Itinerant Dubs duo have been quietly releasing some of the most slept-on vinyl-only music in recent memory. Fusing a rough-and-ready hardware aesthetic with the kind of rhythm and bass you might expect from a classic Skull Disco record, the duo’s music has resisted easy categorisation, being as varied as their brilliant entry into the Juno Plus podcast series last year. The next Itinerant Dubs record will see them change their approach, inviting two veteran producers to provide the first remixes of their work in the shape of UK techno legend Mr G and Detroit electro titan DJ Stingray.

The track in question is “Weaving Dub”, an as yet unreleased Itinerant Dubs track we’re told by the duo will be released on the forthcoming Itinerant Club EP. While we don’t know what the original sounds like yet, the remixes are exceptional, with Mr G turning in a heaving slice of house and DJ Stingray delivering an inspired piece of ragga-flecked electro that sounds like the perfect fusion of Detroit and Bristol’s musical cultures. Although white label copies of the record have been floating around for a month or so, we couldn’t resist the opportunity to stream DJ Stingray’s mix in full. If you missed that initial white label then Itinerant Club (The Remixes) will see a full release in early February, with the Itinerant Club EP to follow later in the year.