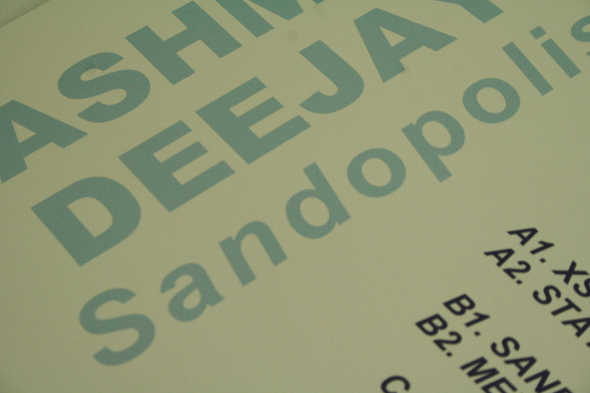 Until very recently, all the public had to go on about the existence of a certain Hashman Deejay was some whispered message board conjecture and the “Tangerine” EP on Future Times. On the label of that record, two pencil-sketched piercing eyes stare out at you, poking out from the brush of the wilderness. “Tangerine” imparted soothing rainforest sounds and subtly progressing drum patterns aplenty; but whenever this writer threw it on his turntable, those eyes gave a feeling of uncertainty; one was being watched. While some savvy internet use will connect the dots between Hashman Deejay, Tanner Matt, Aquarian Foundation and Vancouver’s sure-to-be-topping-some-‘best-of-2014’-lists Mood Hut collective, this writer thinks part of the enjoyment of a Hashman release is allowing yourself to be swept away in the intrigue, the uncertainty and unpredictability of what’s inside. 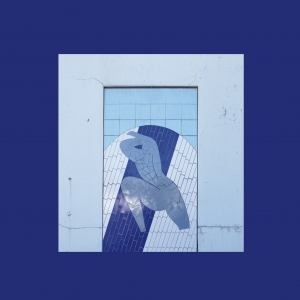 In the case of Sandopolis, it’s a Dune-sized doublepack that collects six organic, de-centered dance creations which seem in line with both the Future Times and Mood Hut ethos, curiously merging rusted antiquities of house music’s yesteryears with squelching, morphing drum patterns and synth flares. It’s house music that owes just as much to the communal mood of house parties as it does to its solitary, esoteric reference points; half serious, half goofy; a transcendental meditation seminar on Pender Island with a batch of pot cookies. Hashman’s inspirations on Sandopolis stretch far and wide, citing overlooked Montreal mid-90’s house label Stickman Records and the Italian house-trance hybrid of Dance Floor Corporation as two integral reference points.

Other inspirations fly fast and loose on opener “Xssential-3”, which submerges itself into the opaque waters of the Pacific Ocean with the same exploratory fervour that Drexciya’s “Aqua Worm Hole” dos, criss-crossing drum patterns scurrying in overlapping directions like spooked schools of fish. “Statues PF” almost sounds like it could be the spiritual successor to a Beautiful Swimmers track, except minus some of the old ‘grin&wink’ levity that Max D brings to the majority of his productions. Here, Hashman uses three minutes economically, playing around with some preset 90’s hip hop drum patterns while a flanged out eagle cry majestically soars overtop, and it paints the type of image of relaxing nostalgia that fellow British Columbian Lnrdcroy spent his 1080p debut exploring.

“Sandfish” is certainly the most aggressively danceable of the batch, and it deserves the high praise Soundcloud commenters have been lauding on it for its immaculately tapped-out cowbell smacks, and the jacking house whoop that surges across the middle of it, free-spirited and reality-defying as Saturday morning cartoons. And while it seems like there are histories of nostalgia nestled into certain grooves of the record (for example, the drum machine’s unyielding thud brings back memories of when playing the Smith N’ Hack remix of Herbert’s “Moving Like a Train” would stir clubs to a frenzy), it’s hard to imagine a track like “Sandfish” existing before 2014.

“Mercury” feels like a journey into the gaping maw of a West Coast spelunking expedition,
with malfunctioning MS-DOS sound effects whistling like wind chimes as the track’s frantic percussive pitter-patter propels it downwards towards the earth’s molten core. “Lush” is an admittedly overused adjective these days, but Hashman’s production style feels like it’s all about the tiny little details, giving you something new to hone in on with each listen. The twelve minute opus of “C Moziac” could take a lifetime to pin down, and its never-ending twists and turns strikes one as exactly the sort of record you could catch Sotofett playing at a park party in Vancouver, crowd dancing underneath the spindly shade of a patch of Rocky Mountain junipers.

Closing track “184” sounds as if the schematics for a deep house number got accidentally submerged in a bubbling pit of primordial ooze, a finale loaded with hisses, clanking hi-hats, bongos, and single-note inclusions of some untraceable organic string instrument. It’ll take several listens to properly even begin to process Sandopolis, but continually getting blindsided by a track you’ve listened to well into the double digits is a huge part of what makes it such an engaging listen.