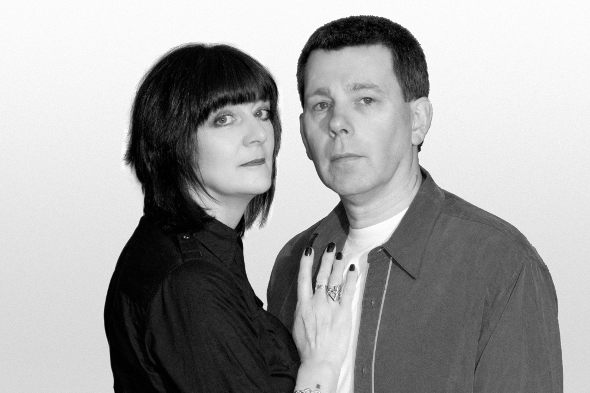 Chris Carter and Cosey Fanni Tutti will release an album of reinterpretations of Chris & Cosey tracks from the ’80s and ’90’s in February.

While recent attention may have been placed on the live return of Chris Carter and Cosey Fanni Tutti’s collaboration with Nik Void, the veteran duo’s own live show is still very much a going concern. Between 2011 and 2014 the duo have been playing live shows under the Carter Tutti plays Chris & Cosey banner, revisiting classics from their back catalogue, and requests for a live album have led the duo to re-record several of these tracks for a new album set for release in February.

Entitled Carter Tutti plays Chris & Cosey, the album features versions of classic tracks like “Driving Blind” and “Obsession” re-recorded at the their Norfolk studio. The album will be available in three formats, with the 2LP vinyl version featuring a disc of remixes featured on a limited CD only available on their recent US tour, and the CD and digital versions each featuring a different exclusive track. Those eager for a taste of the album can watch a video for the contemporary version of “Sin” below, a track originally featured on their 1991 album Pagan Tango. The duo will also be supporting the release of the album with a live show at London’s Heaven on February 15 – more details on that here.