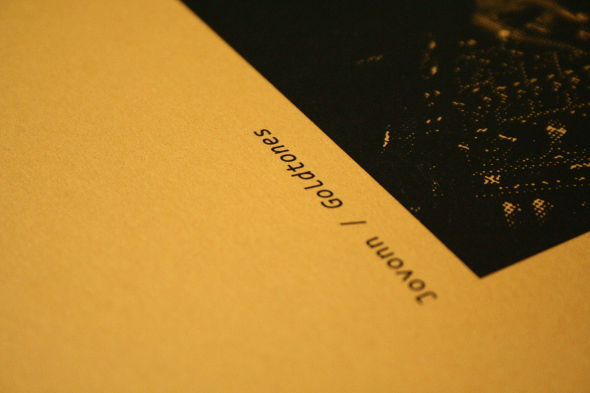 It’s been almost 25 years since Brooklyn’s Allen Jovonn Armstrong came out with his first hit, a Billboard top 10 surprise smash in the form of “Turn and Run Away”. Employing little more than a clashing drum machine and vocals layered on top of themselves, its success seemed to reach from two different camps of dance music- the mechanical jacking consistency of Dance Mania cuts like Steve Dexter’s “Work That Muthafucka” and cascading soulful shouts giving it the playful harmonization of a cut like Groove Theory’s “Tell Me”. 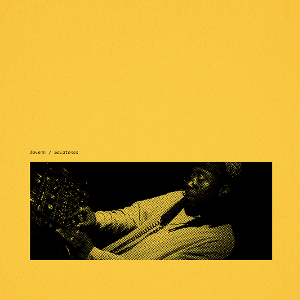 While none of Jovonn’s subsequent tracks ever received the same commercial success as “Run Away”, it hasn’t slowed down a flurry of over 200 records from him in the following years, many of the best of which were found on his own Goldtone Records label, or on Emotive Records alongside Ron Trent and Cajmere. In eerily timely fashion, the in-house club archaeologists at Clone Records have re-issued a 2xLP compilation remastered by Alden Tyrell featuring some of the New York house hero’s most enchanting moments, all of which have ripened with age.

Despite a quarter of a century having passed since Jovonn began churning out raw but sincere house cuts, it seems like an optimal time for his resurgence. Listening to tracks like “Flutes (165th Street Mix)” blurs house music timelines, dwelling in territory that labels like Mood Hut and Sex Tags have recently come to covet and idolize. “Flutes (165th Street Mix)” is a classic study in simple minimalism. There’s really not much else there than a flute line, addictively looped overtop a house beat, but somehow over the course of five and a half minutes it feels downright acrobatic, each of the drawn out pan flute exhalations growing in magnitude as the track progresses.

Similarly, the title of “Pianos of Gold” tells you all you need to know: it’s a track that champions huge, stomping keys and a trumpet line that draws on the infectiousness of Joe Smooth’s “Promised Land”; a pure peak time classic New York house workout that has probably made Gerd Janson sob with envy at some point in time. “Erson’s Keys” dips and twists through an unpredictably improvised flute line with a verve that’s all but elusive to most modern producers trying to nail the “classic NY house sound”, and “N.Y.N.J” needs little more than a stripped down horn blaring throughout to fly through its runtime.

While oddities like “Back to House (Jovonn’s Classic Goldhouse Mix)” showcase the way that Jovonn utilizes yelping vocal snippets and discordant percussion to jacking effect, his voice is what truly cements several tracks as classics. The vocal mix of “Be Free” is as close to a manifesto as spiritual house music has had since its inception, invoking house’s African roots, the feeling of closing yours eyes in the club and drifting away. Jovonn’s voice doesn’t have a classical sheen to it; in fact, there are several times where his vocals seem on the verge of veering totally off-key. But the tender energy of his delivery in “Don’t Wanna Let You Go” undeniably makes up for any lack of formal musical training.

Jovonn’s never really stopped producing since Goldtones became defunct in 1994, but as a recent interview with him shows, his taste has changed in a way that may make some fans of his early material recoil slightly. He now he favours the saccharine slick tunes of Jamie Jones and Dusky, and his newer tracks for labels like Objektivity sound as if they’ve scrubbed away all the grittiness of pre-Bloomberg New York for bland Beatport-haus. And while it’s probably pretty irrational to expect every one of his tracks to have the same urgency as “Nite Roads” piercing synth wail or the tea-kettle-on-a-hot-burner scream of “Where Did House Go”, Jovonn’s collected Goldtones compilation is proof that sometimes you nail it the first time, even if it’s decades before everyone else.