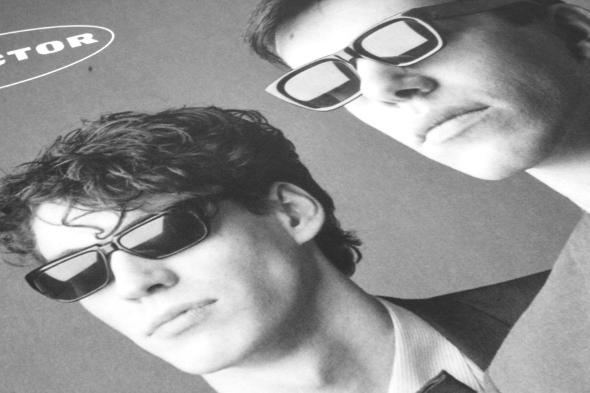 In one word; classic. The Actor’s Exploded View is one of those reissues that you’re either going to have loved already or that you’re going to feel like you’ve already loved, if this time round is your first listen. A welcome addition to the ongoing restoration of the European electro-wave archive, this 1982 Dutch showpiece had and still has everything going for it: it’s a black car, rainy day, cinematic kind of record. It hits on all the clichés of early 1980s gloom but always very consciously and intelligently – and in fact it enjoyed its fame in the Dutch tape panorama, has had underground cult status for years and, while some tracks have reappeared more prominently than others (notably “Lights” and “Covergirl”), the record has deeper, surprising folds. It’s worth listening to it again and as a whole because there’s a thread that runs through it, there’s a logic, a story. 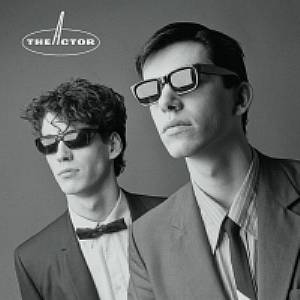 You lower the needle and you’re lowered into a film, and you know two minutes in that the film is a classic. “Unreal Personality” has a repetitive beat (the frosty snaps of a Soundmaster SR-88), a glistening synth carpet (and the grave plastic barks of a Casio VL-1), and a story of an unnamed actor with his dreams of fame and money and his reality of boredom and dread – the actor who Marcel Reimer and Sander Horsthuis improvised into existence in an off-the-cuff session and which ended up becoming both name and concept for the ‘dynamic duo’. From those first intense six minutes, it is as if we followed him, this mysterious actor, round the streets and avenues of his cold thinking and his old European malaise.

In the first few tracks we hear him he howl his desire for eternal night over an upbeat, naive little disco track on “Lights”, declare his love to a German girl in a beautifully tender, airy, loved-up soundscape in “Deutsches Mädchen“ and marvel at a model’s synthetic self-composure in “Covergirl” (‘I want to see you on my pages, I want to see you in black and white…’). Nothing soars but everything is delicious: although the record was made in the hotbed of experimentation that was Trumpett, which brought us the occasional aural fierceness of people like Ende Shneafliet and Doxa Sinistra, The Actor stay in relatively safe sonic territory and play the part of the tougher, rougher neo-romantics (they’re good actors after all).

It’s in the belly of the LP that things get really quite interesting: the tracks “UCX-S” (named, darlingly, after a Sony tape which presumably had something to do with its making), “Modern Air”, and “Seit Wir Uns Kennen…” appear in a deep, considered, complex succession marked by heavily filtered voices, jittery, composite drum patterns and a stronger, more adult (but also more melodic and somehow more heartbreaking) sensibility. The sparse and apocalyptic “Picture 210” picks up these cues to deliver a nihilistic (and prophetic) view on the actor’s future in a cynical society of the spectacle, in which everyone is acting ‘just like me’; the film closes on the off-beat queer ode “Gentlemen and Petticoats” with its compulsive beeps and bleeps and intensely put-on cockney accent. Yes we’re still talking glamour and fashion and modernity, but the picture has scrambled somehow, turned into something dark, carnivalesque and also derisive – the punk vein still pulses on our handsome actor’s temple.

Exploded View is reissued without its original cover image which quite literally showed an exploded view of a cassette tape, divided into three parts and hovering in space – it’s been replaced with the vain sunglasses-clad image which adorned Trumpett’s 2004 CD edition of the album. But as vain as The Actor’s music might seem at a first listen, the record is consistently ironic and knowing, and sometimes even refreshingly sentimental. Exploded View is like a film in which the protagonist has secretly winked at the audience here and there, without letting the director know. There’s a kind of bond between the listener and the image which lets you in on the joke, the mechanism, the trappings. In this sense, apart from a beautiful listen and a great classic, the record serves as a lesson for our music of today: The Actor, who were described as ‘quite fashionable’ at the time, teach us that if you’re going to wear dark sunglasses your audience has to know that there’s a whole lot more going on behind the shades…