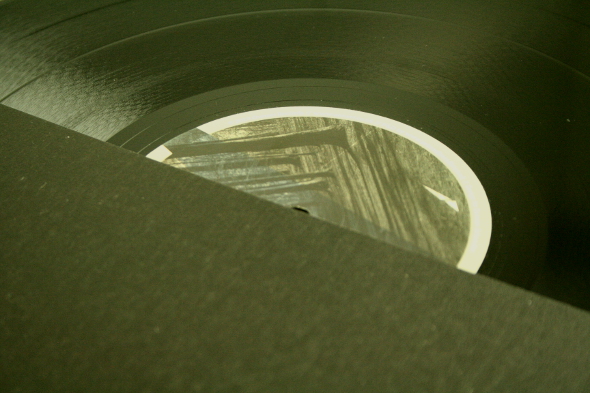 While he may seem to be a new name on a new label, Jamie Curnock has in fact been flying the flag for loud, tough, uncompromising techno in Bristol for the best part of a decade, long before the city was embracing such sounds more open-heartedly. The Onnset imprint is coming to life through a collective that includes in its ranks Joe Farr, who has recently been scoring releases on Power Vacuum and other such highly regarded labels, and this first release makes for a neat demonstration of where die-hard and vanguard don’t need to be mutually exclusive. 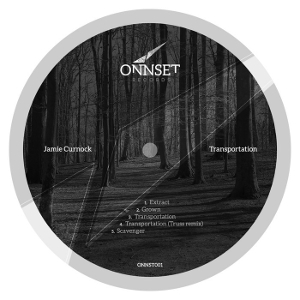 In biding his time while the rest of the electronic music masses reminded themselves what they liked about hard techno, Curnock has undoubtedly soaked up some of the wayward experimental spirit that has always guided Bristolian dance music, and it’s no bad thing. As an EP starter, “Extract” sets the tone magnificently as a non-dancefloor entity that hinges on a gargantuan bass blast while exercising plentiful amounts of delay and reverb. There are fine slithers of broken percussion that quiver and rattle in the distance, equally processed for a dubwise feeling that sits comfortably with the industrial malaise of the track, winding up in a feeling not a million miles away from Ekoplekz were he not so lo-fi and punk in his ways.

From these auspicious beginnings “Grown” wastes no time in filling the space laid out by its predecessor, thanks in no small part to a massive thwack of stepped kick drum. Around this pivotal anchor swirls a maelstrom of high-end percussion that snaps and snarls in a limitless amount of feedback, creating a fluid motion that offsets the rigid low-end throwdown. It’s icy, unflinching stuff in the finest industrial techno tradition, dealing in monochromatic textures to signal the rise and fall of energy and doing so with a great feel for sound design.

“Transportation” is instantly a tighter-wound affair that draws on less of his hometown’s fractious rhythm and instead looks to the clamour of good old Brummie techno, not least in the motoring cycle of the groove. The gnarled electro synth that spits out over the track provides some of the colour, while a sinister twinkle of an arpeggio lets a little fantasy into the tough machinations, but by and large this is a malevolent beast of a track built to level large spaces at the flick of a fader.

Truss is in no mood for niceties either on his remix of the track as he lays down a thick bed of low-end locomotion and then proceeds to fly in a more jagged set of ripples and shivers to needle away at the nervous system like an impassioned acupuncturist. The noise-led drama of the stop-start breakdown is the real gem of this track though, creating a breath-sucking moment often bereft from such militant techno styles.

As a bonus for the digital release, Curnock delves into dub techno territory on “Scavenger” and it highlights a touch more range to his repertoire. There’s still a committed thrust to the rhythm section but in the atmospherics of the piece a lot of exploration is taking place. Harmonious tones linger subtly in amongst the sheet metal clangs, at some points calling to mind the limber but pounding work of Rrose and other such Stroboscopic-friendly artists. If there were to be one criticism leveled at this release, it would be that some of the reference points are a little easy to spot. However, that’s never the last word on the worthiness of music, and in between those points, as on that dazzling EP opener, there is a promising talent emerging.