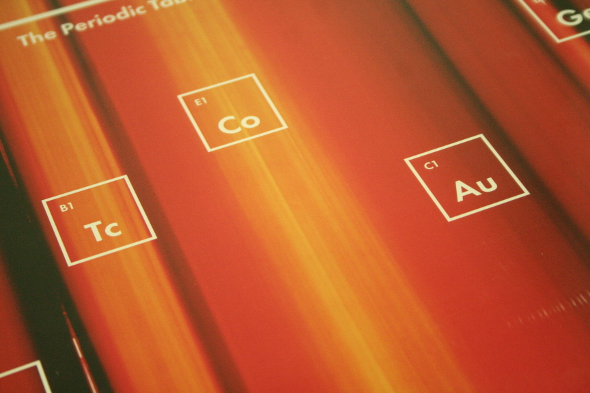 There’s something stoutly timeless about the Reagenz project. In so many ways it’s a venture that sounds forever in thrall to the heady early 90s pastures of deep techno that members Move D and Jonah Sharp arose from, thanks largely to the tools used and their warm and soulful deployment. At the same time it doesn’t have any of that contrived attempt to sound ‘old-school’ but rather gazes to the future with the devices of yesterday, like any great piece of vintage sci-fi. It’s also one of those tantalizing treats that manages to maintain the veil of mystery that accompanied leftfield electronic music in the pre-internet era, where sporadic appearances make each release significant for those already tuned in to the Reagenz frequency. 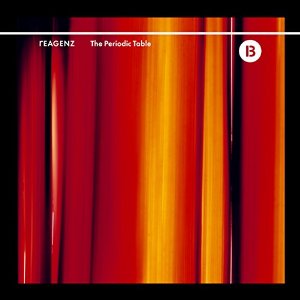 So it is some five years after the Playtime LP on Workshop that The Periodic Table comes together from a live performance at The Bunker in New York. It’s as masterful and elegant as you would expect from the pair and it manages to straddle a whole range of moods in its run time, each ten-minute-plus segment bleeding into the next in a continuous flow (the original performance was reportedly two and a half hours long). The programming of the album shifts its energy around in a non-linear way, even as it starts logically in the smooth and mellow realms of “Si” with its dubby swathes of chords and tender deep house drum lines. With enough time to mutate and evolve this already ramps itself up into a more pronounced groover, the 909 and 606 dutifully making their presence felt without upsetting the oceanic calm of the melodic content.

Where the track splits come is an interesting point, as in each segment there are more than enough twists and turns that could be designated as separate pieces, and it’s notable how in a live free-flowing session the pair manage to keep the music so dynamic and not dawdle in a loop for too long. “Au” in particular moves from a tough, arpeggiated techno romp into a spacious house throwdown with dubby undertones, resting on the same growling bassline with some smart filtering to keep it in check at the appropriate time. By two thirds of the way through the track is fluttering out into broken beat territory that revels in machine-constrained experimentalism, positively eschewing the beats altogether by the climax in favour of fragmented chords and sweeps from the synths.

Elsewhere “Ge” blooms into a wonderfully fuzzy blast of spiritual uplift thanks to a woozy chord that positively drowns the listener in good vibes with its all-encompassing tone. “Co” however starts off with a most blissful ride through beatless ambience, rich in expressive, jazz-inflected keys fluttering around the mix so as to avoid coming over like another cookie-cutter wash of pads. It makes it all the sweeter when a beat does kick in and the ambient elements reform themselves around the rhythmic instruction.

At every moment something seems to be shifting or mutating without anything feeling hurried. It’s a fine balance to strike between maintaining the mood of any given moment and avoiding stagnation, but in their chosen field of celestial machine music Reagenz know just how to operate together, and it’s testament to their skills that everything sounds so natural and unforced. The resulting snapshot of their performance comes across as an honest expression of heartfelt electronic soul from the pair, and it yields pure, uncomplicated pleasure at whatever point you choose to dip into it.