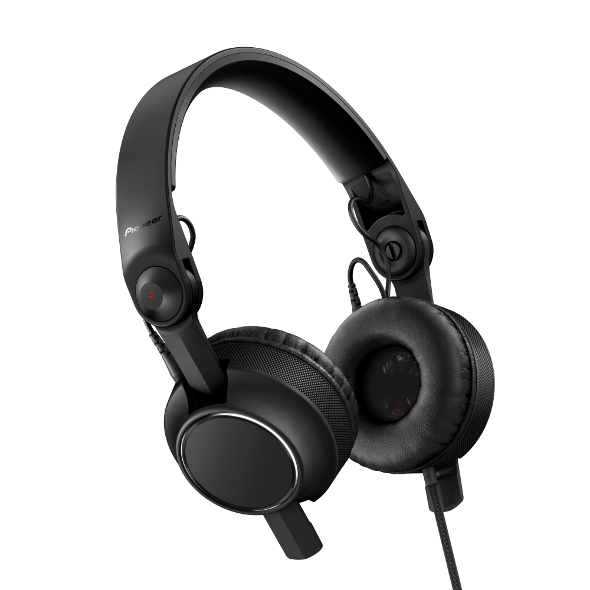 Pioneer continues its exploration of professional DJing hardware with the addition of a new pair of headphones. Rob Lee wraps his ears around the HDJ-C70s.

Pioneer is going from strength to strength at the moment; the company’s recent foray into the professional vinyl turntable world has proven a success, and it is now looking to take on the like of Sennheiser with the release of its new HDJ-C70 headphones. Equally aimed at professional DJ use, these new headphones are up against industry standard fare such as Sennheiser’s HD25, and relative newcomers AIAIAI’s TMA-1, and in many ways there is a lot to compare between these three.

The HDJ-C70 headphones have the lightweight feel of AIAIAI’s TMA-1s, but also feel tough enough to be able to handle the demands of a busy DJ schedule. A soft carrying pouch with zip fastening, embossed with the Pioneer logo, can also be found in the box, along with a spare coiled cable, ¼” jack adapter, a mini screwdriver and a set of instructions for changing cables. Perhaps more telling is what is not included in the design; in this case the absence of mic and smart photo controls that further nail the HDJC70’s DJ colours to the wall.

It should be noted that Pioneer is by no means a newcomer to the world of DJ headphones. In fact it already has three other models in its HDJ series – the HDJ-2000, 1500 and 500. Each features moveable cups for off ear monitoring whilst DJing, and the HDJ-C70 seems to sit at the higher end of the scale, with the HDJ-2000 being the flagship model. The HDJ-C70 has the same sound isolating chamber as the HDJ-1500, but that’s where the similarities end; the HDJ-C70 is much more of an on-ear headphone whilst the others are of the over-ear kind. In this respect, these headphones have an advantage over the other models in the Pioneer range; it feels like the chamber created by the over-ear cans make the isolation a lot less efficient, whilst the HDJ-C70 give the added security that any spill from the surrounding environment will fall into the background.

“They are at least equal in sound quality to the Sennheiser HD25 CII, and that favourable a comparison to an industry standard model is an achievement in itself.”

The HDJ-C70 comes with an impressive set of technical credentials. The 40mm dynamic driver unit features a frequency range reaching between 7Hz at the low end to 32kHz in the high end of the spectrum, far beyond what the human ear is capable of catching. In terms of simple listening experience they are much closer to the HD25 than the TMA-1, even though they actually look like the love child born of both of these models. In terms of durability, only time will tell. They certainly look and feel like they will last, but until these headphones have had the rigourous use of gigging DJs it’s hard to tell.

The ear pads and cables are at least replaceable, although the need for a screwdriver to facilitate this operation may put some off. However, if you’re a busy DJ and you aren’t a fan of Sennheiser’s HD25 or AIAIAI’s TMA-1 headphones then you will probably be completely comfortable with the HDJC70’s newly developed drive unit, 40mm aperture and sound influx reducing air chamber.

It is too early to say if these headphones will reach the near legendary status of their competitors, although I have a hunch that Pioneer won’t be winning serial Sennheiser users over in the immediate future, for the simple reason that there’s hardly any audible difference between the HD25 and the HDJ-C70. In comparison with the AIAIAI TMA-1 , the same cannot be said, as the two headphones sound markedly different, probably due to the TMA-1’s ear fatigue-saving frequency response curve.

On paper it’s a different matter. The Pioneer headphones appear to have a wider frequency response to both Sennheiser’s HD25 and AIAIAI’s TMA-1. The fact that the extra headroom is completely inaudible may or may not make a difference in winning over potential buyers other than, in terms of comparison, it makes the Pioneer headphones look more enticing.

All in all the Pioneer HDJ-C70 is an excellent pair of headphones. They are at least equal in sound quality to the Sennheiser HD25 CII, and that favourable a comparison to an industry standard model is an achievement in itself. Even so, I find myself missing the safety of my beloved HD25s, purely because they have a reliable history, as well as being marginally cheaper. The Pioneer HDJ-C70s, at least, give them a good run for their money.