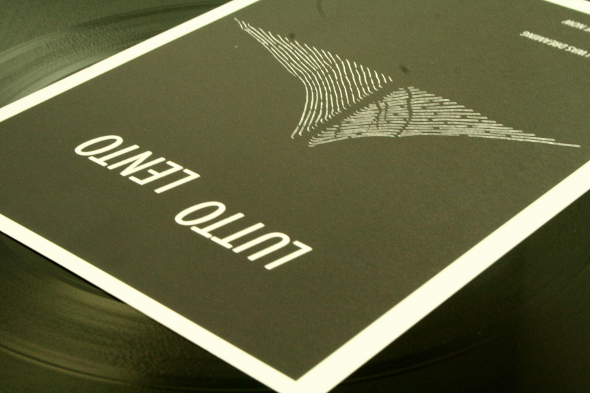 Though you’ve likely seen his mug plastered across Boiler Room feeds over the last half-decade, FTD label founder Charles Drakeford seems to prefer remaining out of the spotlight. During a whirlwind year which finds several Boiler Room contemporaries branching out into the label-running business (Bradley Zero’s Rhythm Section International imprint as well as Nic Tasker’s hotly-tipped Whities series), Drakeford’s label seems the most reclusive of the three – a carefully considered project that he admits he’s been ruminating over starting for several years when speaking to Juno Plus recently.

But a low key approach doesn’t undercut the powerful debut of Warsaw resident Lutto Lento, whose previous cassette work broached everything from experimental field recordings and ambient drone textures to more dancefloor-oriented fare. While the assemblage of tracks on FTD001 (culled from Lento’s previous output) are likely some of the most club friendly he’s stitched together,  the brilliant weirdness that emanates from his work makes it a record of equally baffling (and compelling) home-listening material. Calling Lento the Polish Madteo is the only approximation this writer can conjure; the perplexingly obtuse vocal samples scattered throughout seem equally indebted to Madlib as to Jai Paul.

“I Remember I Was Dreaming” shares the most with Lutto’s older ambient work, flickering shrill tones dancing around a rambling European monologue. But once the gorgeous vocals of “Sirena” launch into effect, it feels as if the EP’s jagged opener was just a prelude to the immediately immersive track. A single exhalation of soulful, operatic voice gets looped over itself, as barely-there piano keys and slowly-drawn violin hum in unity. But not content to make something stereotypically beautiful, Lento’s drums stumble into the room, intoxicated and slipping over themselves, culminating in some fuzz-rubbed, beautifully broken beats.

“Gipsi Sam” eclipses all other cuts on this record, and is enough to warrant the purchase on its own merit. Swelling strings rise to a climax then cut out completely; in their wake, mic-recorded handclaps, duck quacks, and a quickly developing percussive pattern take its place. Just when you think that Lento’s work has abandoned one concept for another, the strings cut back in; made doubly potent by the torrent of handclaps accompanying them – an Archie Pelago cut that’s dipped in DMT or Daphni having a laugh with archival film soundtracks.

“Exciting Place (Prima Porta)” doesn’t quite fit the absurdist sample-heavy tone of the rest of the record, but its synth-led permutations and spiky violin certainly carry it to the aptly chaotic finale of “The Boat Can Leave Now”, which utilizes English learning aid CDs about yacht parties as the vocal core of the track (oddly, this writer could swear that he taught a lesson using this very sample back in his Osaka days). Here, a claustrophobic, bass-laden techno thump accompanies the vocals, which are gradually manipulated to total incoherence, as if Lento is scratching turntables with one hand and conducting a theremin with the other. Breathy gasps and giggles provide an unsettling counterpoint to the sludgy track’s untethered inanity.

Drakeford is hesitant to characterize FTD too specifically as a label, but mentions that “they’re all records that can sit in a record bag, with no real predisposed idea for how or when they might work”. There are myriad uses for Lento’s debut, and every cut holds a different potential outcome for those brave enough to give this obtusely excellent EP a chance.