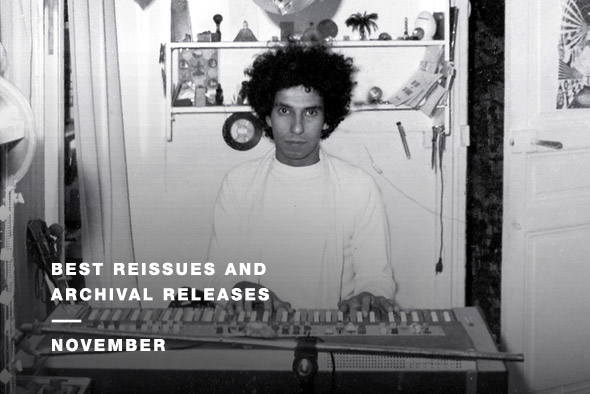 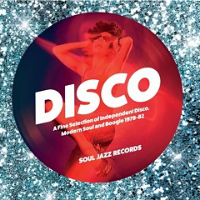 Soul Jazz is generally a label that doesn’t do things by halves when it comes to retrospectives, and its latest project is no exception. Its new book is Disco: An Encyclopedic Guide To The Cover Art Of Disco Records, a 360-page 12”x12” hardback tome collecting 2000 album covers and 700 12” sleeves from disco’s late ‘70s and early ‘80s heyday. It’s not just an art book though – as well as interviews with key figures like Salsoul’s Ken Kayre, there’s also commentary on pretty much every aspect of disco culture you can think of, including roller disco and even “disco instruction albums.” It’s about as comprehensive a visual record of disco culture as you’re likely to find, and well worth investigating.

As with Soul Jazz’s Voguing project from 2012, which looked at New York’s ballroom scene, the book is accompanied by a selection of music from the era in the form of two separate double LP packages and one double CD. Though the book itself offers an overview of disco as a popular phenomenon, Soul Jazz has opted to dig a little deeper for the cuts on their compilations. There are a few familiar tracks like The Fantastic Aleems’ “Hooked On Your Love” and John Gibbs & The US Steel Orchestra’s “Trinidad”, but for the most part it’s a trove of underappreciated gems. The Sunburst Band’s “The Easton Assassin” from 1982 for instance is pretty much the perfect fusion of disco and hip house you never knew existed.
Listen/buy vinyl 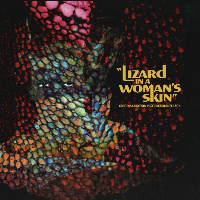 Directed by Lucio Fulci in 1971, Lizard in a Woman’s Skin is one of the lesser-known examples of Giallo cinema. The plot revolves around the daughter of a politician living in London, who experiences extremely realistic nightmares in which she takes LSD, engages in orgies and murders her female lover. In short, it’s exactly the kind of exploitation yarn you’d expect to come out of Italy at the time, replete with attitudes towards mental illness and gender that now would be seen as wholly questionable. Much less typical is the film’s soundtrack; composed by Ennio Morricone, it offers an interesting early ‘70s counterpart to the the Giallo synth soundtracks of later years, and a different side to a composer primarily known in the 1960s for his spaghetti western soundtracks.

For those more familiar with the sweeping, grandiose orchestral vistas in films like A Fistful of Dollars, Morricone’s strange, jazz-influenced score to Lizard in a Woman’s Skin is something far more unsettling. Lizard in a Woman’s Skin is primarily a film in which the lines between fantasy and reality become blurred, and it’s difficult to listen to the full 90 minutes of Morricone’s soundtrack without feeling your own reality is starting to collapse. As well as surreal lounge numbers, there are moments that sound like they’ve been created for avant-garde chamber ensembles – unsurprising given that he was a part of the experimental Gruppo Di Improvvisazione Nuova Consonanza collective at the time. It’s this unique combination of late ’60s psychedelia and more formal composition that makes this such a treat, and more evidence of Death Waltz’s brilliant curatorial skill.
Listen/buy vinyl 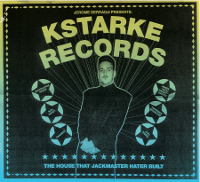 Nowadays the name Jackmaster might be associated with a Scotsman who often has trouble propping up his inebriated self after DJ gigs, but back in the 1980s it was the property of Chicago producer Kevin Starke. During this period Starke would trade tracks on tape with the likes of Ron Hardy, Frankie Knuckles and other now-legendary figures under the name Jackmaster Hater, amassing a collection Still Music describes as “one of the sickest slices of Chicago house music ever released.” It’s a fairly bold claim to make, but there’s no denying the music across the two double LP releases and one double CD is about as authentic as classic Chicago house music gets.

Jordan Zawideh’s “Newton’s Sleep” and Kevin Starke’s “Jaws” for instance would put the current generation of lo-fi house producers to shame – it’s the sort of thing that makes a Greg Beato production sound like it’s been buffed and polished by Rashad Becker. Even compared to a lot of Dance Mania material the sounds throughout this compilation are rough – both James Jack Rabbit Martin’s weather-beaten “Rabbit Trax 1” and the grotty acid of Jackmaster Hater’s “Pump The Boxx” redefine the term “raw”.
Listen/buy vinyl

Much like its investigation in to the music of Kerry Leimer earlier this year, RVNG Intl’s overview of the ‘70s music of Ariel Kalma isn’t so much a reappraisal of an artists work as it is an introduction to a figure who doesn’t feature much in critical discourse at all. The French-born artist certainly had his share of musical adventures – travelling to India and finding inspiration in its sacred music traditions, working at the INA-GRM Studio in Paris to name a few – but his music is still largely unknown to all but a few. Rather than simply reissuing one of his key ‘70s releases, RVNG Intl has opted to delve into Kalma’s archives of unreleased and unheard compositions made between 1972 and 1979, offering some compelling insight into what was a key point in his career.

Kalma’s music reflects his international experience, most of which sounds imbued with some kind of Eastern influence. The circular breathing techniques he learned in India for example allow his melodies to spiral endlessly into a transcendental musical ether, obvious on tracks like “Enuej Elleiv” and “Sister Echo”. On “Chase Me Now”, Kalma takes a different, but no less hypnotic approach, creating strangely meditative proto-techno with a drum machine. It’s on closer “Yogini Breath” that you get the sense why this retrospective is called An Evolutionary Music; throughout the course of its 19 minutes of chimes, disembodied vocals, interstellar synths and rhythmic pulse, you can truly get the sense of the unique way in which Kalma wanted to develop the form at the time. Diplo has become such a parody of himself in the past few years, it’s easy to forget he was once a producer of credible instrumental hip hop. I say forget – I genuinely never even knew he’d ever made anything other than big room electro house and EDM bangers until I gave this reissue of his debut album a cursory listen out of curiosity. Originally released in 2004, Florida is a shock for someone who never had the impetus to delve further back into his back catalogue – tracks like “Big Lost”, “Sarah” and “Way More” are all pieces of instrumental hip hop whose sample-based construction and woozy, psychedelia-tinged mood is strongly reminiscent of DJ Shadow’s Endtroducing. If you’re used to the in-your-face, drop-heavy Diplo responsible for the terribly named Random White Dude Be Everywhere, Florida sounds like it was produced by a different individual entirely.

It’s also worth noting that Florida comes from a very different era, and it’s fascinating to listen to and try to work out how Diplo ended up taking such a left turn into his contemporary productions. There are moments hinting at the direction Diplo would go on to take – “Diplo Rhythm” for instance, which features notorious dancehall artist Vybz Kartel – has traces of the current Diplo’s DNA in its dancehall rhythm, as does the snarling bassline of “Making It Hard”. Florida isn’t a groundbreaking album by any means – it cribs far too much from the post-Endtroducing hip hop landscape to be truly original, but in the context of Diplo’s career, it’s definitely a high point. Nowadays Diplo feels like more of a comic book supervillain than musician, but every supervillain has an origin story – in the case of Diplo, it was one with very humble, and surprisingly listenable beginnings.
Listen/buy vinyl