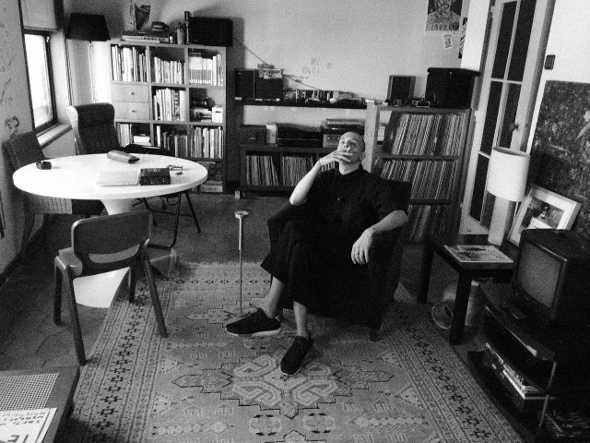 IVVVO has appeared regularly on these pages since we first heard his All Shades Of White cassette on Opal Tapes almost two years ago. In that time he’s graced Public Information and Fourth Wave with his unique take on techno, taking elements from ’90s rave and ambient music and combining them into something much fuzzier. Next week sees the release of his next record, the seven-track Theories Of Anxiety EP. It comes courtesy of Aïsha Devi’s excellent Danse Noire label, and was originally hinted at in her Lux Estase mix for our podcast series back in September.

In our opinion the record features his best material yet, and we’re very happy to premiere EP track “Consumed”, which can be streamed below. The track sees IVVVO creating a churning piece of grubby ambient music, marked out by a euphoric vocal that sounds is if it’s been taken from an early ’90s rave breakdown. It’s a deconstructed take on club music recalling some of Lee Gamble’s recent album and Leyland Kirby’s V/Vm material, fitting perfectly into Danse Noire’s description as “ritual music.”