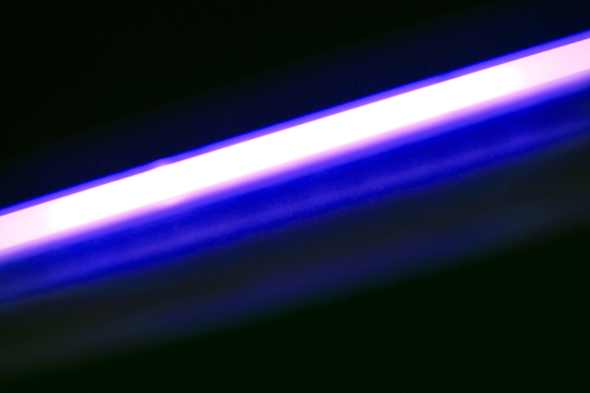 According to the press release accompanying Loom’s debut EP, he discovered grime scanning through frequencies on his Dad’s radio. It’s become such a common backstory to hang off new producers mining grime and jungle for inspiration that it’s difficult to tell just how much it’s being exaggerated. In the case of Loom, whose debut EP comes through Boxed resident Mr Mitch’s Gobstopper Records, you feel like it may actually be true. 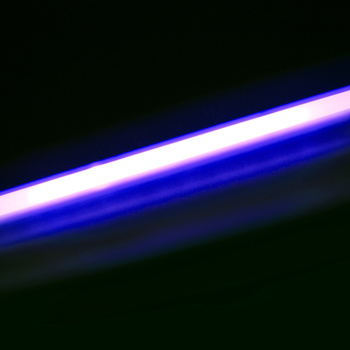 Though the title track of his debut EP, Grade, opens with some crackly dialogue sounding as if it has been taken from a homemade cassette of an old Rinse FM session, it’s the searing bass you’re drawn to, tones sounding as if they were made to resemble the static between frequencies. While this year has seen plenty of “deconstructed” takes on grime, Loom’s approach seems to be to smear his sounds like digital oil paint, a far cry from his almost-namesake Bloom, whose Hydraulics EP is the polar opposite of Grade.

It’s unsurprising that Loom should make his debut on Mr Mitch’s Gobstopper label – the Boxed resident has himself been exploring ever more impressionistic sounds this year, through his series of Peace Dubs and excellent Parallel Memories album. His label has become an extension of his interest in grime’s more explicitly melodic side, and Loom’s “Rain Falls Hard Here” is perhaps the label’s most unashamedly romantic moment this year; like Mssingno’s “XE2”, its baroque melody and minimalistic rhythms evoke a mixture of melancholy and euphoria. Like fellow Gobstopper artist Dark0, Loom can write the sort of simple melodies your ears can’t get enough of.

“North Star” on the other hand barely even feels like grime at all; the rhythms are like that of slow/fast drum and bass, while the drawn out chords and pitched vocals sound like an infinity-stretched take on Burial. Only “Fukushima” feels like it has the requisite energy for the dance floor, going from soaring square wave melody to urgent rubbery bassline in an instant, but the momentum is quickly snatched away by soaring, codeine-addled synths.

It would tempting to apply the “weightless” tag coined by Mumdance and Logos to what Loom does, but his music wants to trap you in glue so often it doesn’t seem right. It’s what makes Loom’s music, like Gobstopper’s approach, so interesting – it refuses to be tied to any genre descriptor whatsoever, even within its own scene.