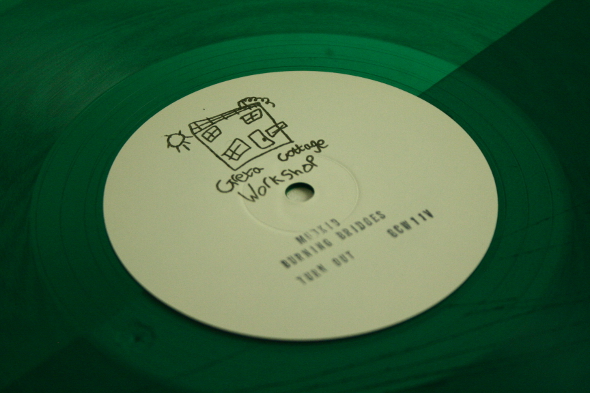 Greta Cottage Workshop has worked long and hard to build up the identity they have as a label today. Starting out as a digital-only concern is a tough gig for anyone trying to get their music heard, and so it then comes down to dogged curation and faith in your own peculiar tastes to make it work. Now onto their eleventh vinyl release (on top of a sizable stack of digital output), it feels as though GCW is part of the firmament of oddball house and techno in the UK, and that’s largely from a roster they have nurtured themselves. Mudkid is one such prime example, as an alias of German producer Franklin Da Costa that has released almost exclusively for the UK label and, some might argue, has yielded his best work. The Loik 10” in 2011 made a sizable impact, and with only one other EP in between, this latest offering comes forth as a welcome treat from an intermittent project. 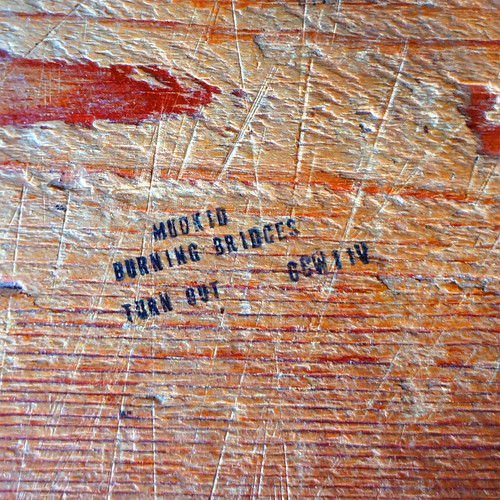 There’s a commitment to being weird that inhabits the spirit of Mudkid, and it’s a delightful kind of weirdness. It’s the kind that feels the need to pile on the layers of texture and effects with abandon, to throw unexpected curveballs into the mix and strive for something unique, and it rarely fails. “Burning Bridges” has a relatively soothing undulation of low-pass deep techno murmuring underneath for a foundation, existing as it does to gently guide the track along and keep some kind of comforting melodic content present. On top of that though come all kinds of different scrapes and tones trying to punch their way through thick drapes of reverb, but nothing prepares you for the delirious side-swipe of highly-strung synth that leers in from out of nowhere, making itself the hook of the track in one delay-soaked fly-by. It’s a shocking move and it makes for something genuinely exciting and disorientating to listen to.

“Burning Bridges” may well be intent on plunging out into marshy wastelands of wet-over-dry surreality and alien melodics, but at least on the flipside “Turn Out” seems more intent to be your friend. It’s still a delightfully dubbed out affair with a cosy chord gliding on a filter path and ample scattered percussive decoration echoing in the spacious mix, but it stays on a more calming, gentle path that can build up to a glutinous bassline-led crescendo and still feel smooth. In another context this would be more instantly defined as a strange track, as the unnamed strain of vocal feeds in and the bassline dismembers itself, but somehow that original inviting chord seems to be lingering in the background gluing everything together where “Burning Bridges” made a masterful job of pinging the hapless listener into unknown territory.

Praise be then to artists who can nail both approaches while keeping a consistent style, and there is undoubtedly consistency in Mudkid’s wobbly-legged ways. Quite how one track feels so wild and the other so smooth is hard to say when they’re both equally audacious creations, but therein lies the beauty of the unconventional way, and the unexpected emotions it can yield.

A1. Burning Bridges
B1. Turn Out