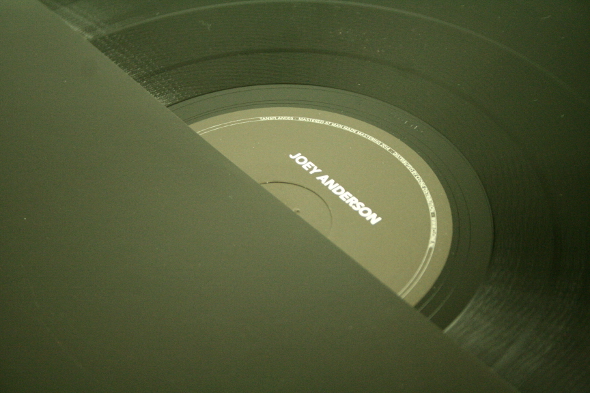 There was a hushed, reverential quality to much of Joey Anderson’s After Forever album when it dropped on Dekmantel earlier in 2014, and it’s a spirit that has embodied much of the East coast producer’s output since he first emerged some years ago alongside the likes of DJ Qu and Jus Ed. Not that the dancer turned producer has ever been afraid of a bite in his productions, but he’s always erred towards a more ethereal feeling in his tunes rather than anything too abrasive. That’s why on this release for DJ October and John Osborn’s TANSTAAFL PLANETS imprint the opening hit of “Head Down Arms Buddha Position” shocks with its ferocity as a positively rowdy square wave arpeggio blasts its way out of the speakers with a sweeping filter barely managing to keep the leering notes in check. 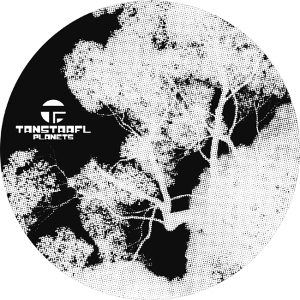 It’s a continuous thread that rampages through the centre of the track, which definitely still unfold with the quintessential Anderson sense of fluid progression. Elements don’t so much drop into and out of the mix as weave their way into the fabric without being noticeable, only to sew themselves back out again with a minimum of fuss. There are thrilling, energetic peaks and breathless moments of sustained tension but they come without any of the usual build-up breakdown histrionics. It’s also the combination of direct and tangible machine sounds alongside alien gurgles and effects that makes the delivery so compelling; for every rasp of hi hat and rattling clap, there is a freaked out dub echo of an unidentifiable sound source that pushes you somewhere else entirely outside the dance.

“Tears Can’t Bring You Near” cools things to a more familiar headspace populated by a steadier rhythmic pulse. Just the finesse of the wooden toms, sizzling ride and bubbling bassline would be enough to make this a memorable track, but then the otherworldly swells of pad come in, full of bewildering accents and facets within the one sound so as to plunge you into confusion, but it’s never so far out as to lose the groove of the track. It’s the sound that Anderson has made his name on, full of unexpected soul in the midst of the wild futurism and stern mechanics.

Taking a slower approach but upping the weight of the drums, “You Gave Me Life Again” feels instantly heavy with its leaden kicks and dubby low-end pulses. When this ominous lead in is filled out with colour, it’s a stark and somewhat stately peal of synth that drifts in. Like so many of those distinctive traits in Anderson’s music, it feels unusual or even a little awkward at first, but therein lies the fascination. The resolution of that first curious footing comes with the delicate piano keys that accompany those first accordion-like notes, rounding the sound out into a heart-rending whole that elevates the track to new emotional heights.

So really, it’s a case of business as usual on this jaunt for TANSTAAFL. With Joey Anderson that tends to mean an ever-progressive attitude to house and techno which surprises and satisfies at the same time, so it’s hardly a criticism. His is a style that by definition cannot stagnate. Sometimes it comes on harder, as on the title track, and elsewhere it moves in soft and tender motions, but it’s always more spiritual than your average.