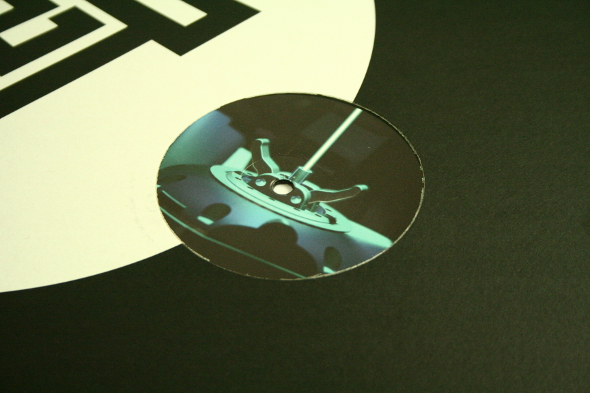 When Belfast producer Bloom first emerged with “Quartz” on Mr Mitch’s Gobstopper label back in 2012, the fragmented take on the grime template was still in its relative infancy. Since then we’ve had a genre-defining album from Logos in Cold Mission, a mix CD from Pinch and Mumdance weaving the sound into something of a mission statement and a host of new names inspired by the futuristic sound of Jam City’s Classical Curves. The sound has been so prevalent this year that the term “deconstructed grime” has even fallen into regular use, a suggestion that things are developing at such a rate instrumental grime has already started to splinter off into completely different sub-categories. 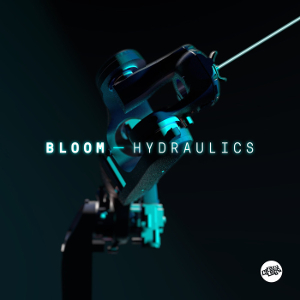 If you thought the Maze Temple EP on Lost Codes last year was as disjointed as Bloom’s sound could get, the Hydraulics EP on Crazylegs proves there are almost no limits to how far he’s willing to take it. The only thing that really makes “Cold Grip” recognisable as being descended from grime is the chunky square wave bassline decimating its way through an array of rhythmic fragments. The track’s velocity switches without warning, but there’s never any sense of randomness – instead the beats feel switched by a complex array of mainframe-controlled servomechanisms.

This sound may not necessarily be as shockingly new as it once was – Mumdance’s “The Sprawl” comes to mind as a recent track that made you feel like you were having your limbs pulled off from several directions at once – but there’s a mechanical precision at work in these tracks that goes beyond the title of the EP. The name Hydraulics suggests a large superstructure populated by cumbersome pistons, which is largely true of the bursts of pressure that seem to hiss out of “The Menagerie”, but “Dark Light” sounds like a swarm of nanobots chewing up and rebuilding old dubplates.

Often the effect of this kind of music can be lost when listening at home or on headphones. The stark, abstract barrage of sound instrumental grime provides really does need a dark room and a soundsystem to come alive, but Bloom’s productions have enough depth to explore on their own terms. “Vessel” is the best example of this, its breathy human cries becoming imprisoned in a shifting array of lasers you could almost imagine weaving through. Next to the warm material of Slackk and Mr Mitch and the recent “weightless” productions from Mumdance and Logos, these tracks are as densely steel-plated and detached as grime gets. It’s an aesthetic that has its place however, and with these tracks Bloom might proved himself the best of its practitioners.