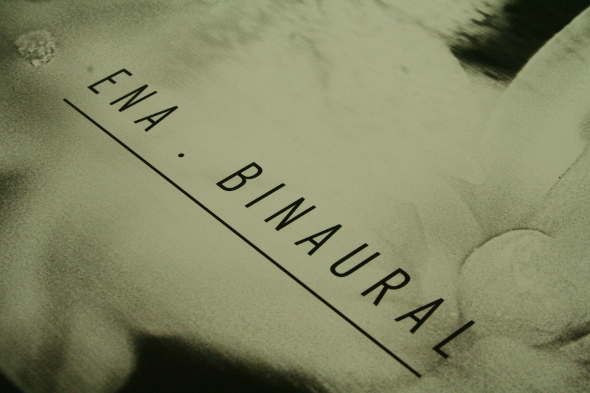 A storm is brewing over Samurai Horo, but whether it will grow beyond the label’s Berlin tea cup is yet to be seen. Horo is the sub-label of Geoff Presha’s Samurai Music which homes a more experimental fare of what can loosely be described as drum and bass, to the lament of Geoff Presha. Horo, however, goes one step further than its sister label, Samurai Red Seal, an offshoot described as a platform for “deeper drum and bass and 170bpm electronica”, by demonstrating an absolute willingness to delve further into a sonic abyss derivative of drum and bass liberated from framework, BPM or genre. 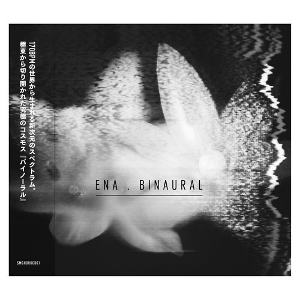 Horo’s explorations began in 2011 through a Tokyo Prose and Fis collaboration, but it wasn’t until the end of last year that Horo really disconnected from the impetus central to Samurai Music: drum and bass. Since last year’s release of Scope, a various artist compilation highlighting Horo’s adventurous prerogative – to this year’s Horo Vision compilation – the label’s become an entity unto itself adrift in a nether region of desolate sound design spirited by genres familiar and foreign.

With the release of Binaural, Ena’s third album, Yu Asaeda becomes central to Horo by providing the label’s first full length. Ena joined Samurai earlier this year with one of 2014’s best records, Bacterium, featuring blippy wig-out “Behind The Loops” and “Midair”, a synthesised auscultation of someone’s gurgling stomach. Closely preceding this album was Dirt, and from that skewed six-track “Chiasma” and “Gab” best represent Ena’s rhythmically disturbed construct which Horo subscribes.

“If you listen to 10 recent Ena tunes it’s like a summation of everything I think Horo should be,” Geoff Presha told me in Berlin this year. “I think he is probably the most enthusiastic, positive producer I ever deal with.” Presha’s release of Binaural, like Ena and Horo, is outside the norm, with the label splitting 26 productions – 14 for CD, 12 for vinyl – across two formats presented under the single banner. Generally speaking, it seems Presha dedicated Ena’s clubbier productions (if you can call them that) to CD, whereas the vinyl alternative better represents the abstract realm of Ena’s inventiveness.

In its entirety Binaural brings Ena’s tally of productions pressed into the sub-label’s catalogue to 36 – and it’s clear Presha is excited at not only the prospect of working with Ena, but releasing what he can of the Japanese producer. As a whole it’s hard to say Binaural proffers conceptual narrative – Horo as a label has that covered – but the vast collection of its tracks, each to their own, are weird and wonderful enough they’re all connected anyway.

To the point of being disorientating, Ena’s productions are difficult to dance to, syncopating the brains ability to function in ways not related to hearing. This is half the appeal of course. The other half, contrarily, purports the definition of binaural – the perception of sound with both ears – by heightening a listener’s awareness to sonic anomalies and vibration through the compounding of frequencies and uncouth rhythm design (and other secrets of the Horo-verse) that, to the lament of no one, are truly experimental.