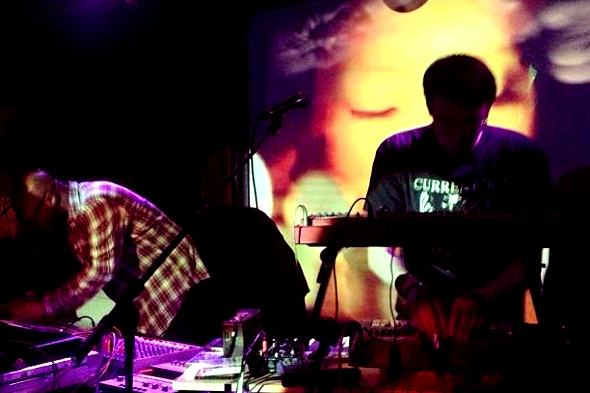 Rush Hour will release a new record from Traxx and Beau Wanzer next month.

Having recently graced us with a brilliant debut album filled with garbled, odd wave from his archives, the next release from Beau Wanzer sees the Chicago resident return to one of his longest running collaborative endeavours in Mutant Beat Dance. An ongoing project with Nation boss Traxx, Mutant Beat Dance have been firing off incendiary emissions of psychedelic jakbeat as far back as 2009 when they debuted on the Disco Capablancas label run by Hugo Capablancas. Since then, Traxx and Wanzer have brought the Mutant Beat Dance to Rong Music, L.I.E.S., Rush Hour’s Hour House Is Your Rush label and Light Sounds Dark, with the Mutated Moods release for the latter a superb trawl through the MBD archives.

News now arrives that Mutant Beat Dance will add to what’s looking like a busy last month of the year for Amsterdam outpost Rush Hour, with the release of a new two track 12″ called PolyfonikDizko. Set to arrive in some rather dashing screen-printed sleeves, both Mutant Beat Dance tracks are instrumental affairs that you can preview below – the description of “PolyfonikDizko” as “hypnotic houze, pre-moroder disco and jakbeat” seems quite spot on.