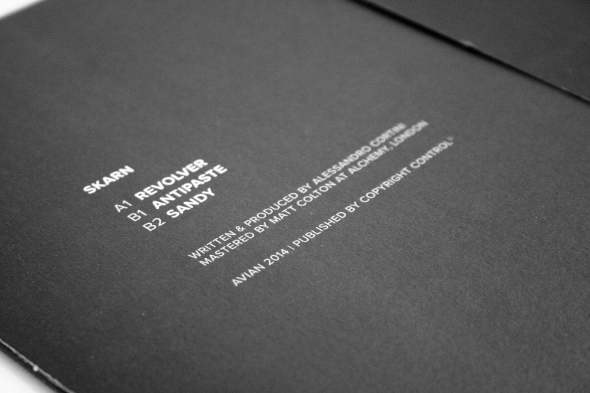 Not content with making one of this year’s finest albums, Alessandro Cortini has adopted the pseudonym Skarn for this dance floor-based release on Shifted’s label. It probably won’t come as a massive surprise to anyone who has been moved by the majestic textures of Sonno that Revolver isn’t a typical techno release. For starters, it eschews the preposterously gloomy Goth and industrial tropes that many contemporary artists working in that space have unwisely embraced. Just as importantly, Revolver boasts the same qualities that make the LA-based producer’s experimental work so captivating. 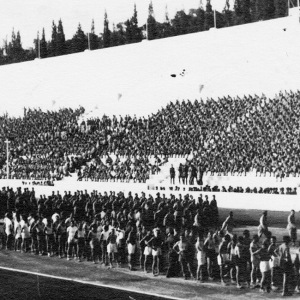 The title track sets the tone for the EP; it begins innocuously with ticking, understated beats and hollowed out percussion that are redolent of 90s minimalism, but over its ten-minute duration, “Revolver” sees Cortini introduce a bass line that drones at first quietly before growing and morphing into a gargantuan wave of brutal tones, oppressive, stomach-churning but still rewarding. “Antipaste” follows and is slower and less dance floor focused. Its off-beats are almost a distraction and provide only the most tenuous backdrop for bursts of bass noise, cavernous and at times only loosely tethered to the arrangement, threatening to spill out of control at every bar.

The final track, “Sandy”, is structured in the most conventional manner; based around a wiry, angular rhythm and supported by insistent pulses, the way that the arrangement is constructed doesn’t deter Cortini from messing with the format as it closes. He unexpectedly turns the bass into a wave of jarring noise that careers unexpectedly like a railroad coming off the tracks. It’s a sideways step that is sure to confuse anyone who tries to play it out.

With an EP also due soon on the mighty Panzerkreuz, Revolver marks the start of the latest chapter in this talented artist’s development, as Cortini applies the freely morphing tones and noises of Sonno to techno.