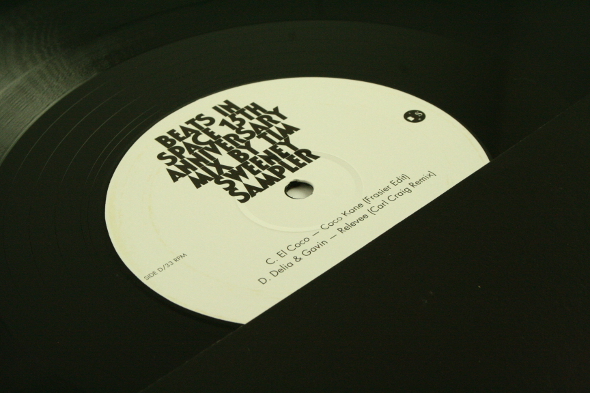 It was 1999 when a radio-obsessed college student and part-time club DJ called Tim Sweeney began a weekly residency on WNYU, New York University’s well-regarded FM station. Sweeney was at best ‘little-known’ in the city at the time. He knew he wanted to create a show that represented the best in dance music, joining the dots between the city’s rich musical heritage and the best new music he could get his hands on. To help his quest for radio perfection, Sweeney spent time interning at DFA Records and learning from Steinski, the legendary cut-and-paste NYC turntablist who would famously spend an entire week prepping a two-hour radio show. It wasn’t long before Sweeney’s Tuesday night session, Beats In Space, became a must-listen for those in the city; later, Internet streaming and a vast archive of shows would help attract a worldwide fan base. 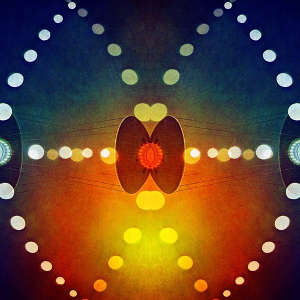 Interestingly, Sweeney’s gradual rise has coincided with something of a boom in alternative dance music in New York City. During his time on air, Sweeney has charted the rise of James Murphy’s DFA Records, the rebirth of left-of-centre New York disco, and the rise of a spate of parties, record labels and local artists. Whether he has acted as a conduit or focal point for this belated NYC rebirth is debatable. Whether he was just in the right place at the right point, there’s no doubt that the Beats In Space show has done an admirable job in making the electronic music world fall in love with New York again.

15 years on from his first show, Sweeney is rightly regarded as one of the most influential tastemakers in the business. While his empire has expanded to include occasional club nights and, more significantly, a particularly on-point record label, it’s the weekly radio sessions that remains the cornerstone of his activity. Pinpointing the reasons behind the show’s enduring appeal is tough, though the range of guest DJs (more or less anyone who’s anyone has played on the show over the last 15 years) and the frequent ‘what the hell is this’ moments – a by-product of Sweeney’s vast collection of forthcoming, unreleased or exclusive gems – are clearly major factors. In truth, the real key to the show’s success is Sweeney himself, an impressively open-minded selector able to sort through vast amounts of music to find the essential gems. It would be easy to compare him to Britain’s own John Peel; while his laidback, on-air manner is very different from the legendary broadcaster, he has a similar passion, depth of knowledge and obsession with sharing new music.

Few would deny Sweeney the chance to celebrate his own success, and that of the radio show he created. Certainly, this 15th anniversary retrospective is well deserved and sprawls across a variety of formats; double CD mix, as well as DJ friendly triple LP edition and a double pack 12” sampler. These vinyl versions of the compilation naturally feature a variety of tracks featured on the two mix CDs, with a mixture of Beats In Space classics – some of Sweeney’s favourites that have become staples on the show and in his DJ sets – and previously unheard material.

It would have been easy for Sweeney to dial in a two-disc mix full of familiar fare, but he’s taken the choice – wisely, given the radio show’s reputation as a great place to hear new and unreleased material – to limit the “classics” to a single CD. This second disc is hugely enjoyable, of course, with Sweeney giving an airing to a host of familiar – and, occasionally, forgotten – gems closely associated with the show. There are plenty of NYC staples from his friends – Justin Vandervolgen’s sweaty “Clapping Song”, the curious cut-up disco-house of Baby Oliver’s “Shot Caller”, and Carl Craig’s classic remix of Delia & Gavin’s DFA-released “Relevee”, for starters – alongside cuts and remixes from the likes of The Loving Hand, CrueL, Prosumer, Raph Falcon and Tim Blake. There’s also a rare chance to savour again one of the most unlikely tunes in Plaid’s sprawling discography, the 1992 cut “Scoobs In Columbia” – a gorgeously sunny trip into Latin territory that belies their reputation as IDM mainstays of the Warp roster.

While it’s a fine mix – delivered, as usual, in Sweeney’s upbeat, house party-friendly style – it’s the first CD that really thrills. Here, Sweeney has gathered together a raft of unreleased gems (13 of the 16 are exclusive to the compilation) and mixed them together, live in the WNYU studio. It is, in effect, an unheard Beats in Space show, minus guests or mic chatter from Sweeney. Predictably, it’s great. Beginning with the sweaty grunt and urgent vocals of Eric Duncan’s Edwin Starr mash-up “Get Up Whirlpool”, Sweeney impressively cuts loose, joining the dots between a myriad of styles in an effortlessly loose and groovy manner.

The mix ebbs and flows impressively, with Sweeney in turn dropping the revivalist New York boogie of Azari & III’s “Party Night” (arguably their best since “Reckless With Your Love”), the hustling deep house sweetness of Samuel’s “A Million Things”, the rough-house analogue throb of Galcher Lustwerk and some deliciously wide-eyed Balearic fare from Secret Circuit (Sweeney’s own edit of the unreleased Hidden Fees remix of “Higher Heights”), Gino Bomino and Mark E’s E Versions project. The blend of styles and mix of heads-down fare and future party anthems is near perfect. It’s a wonderful mix, all told.

In truth, some of these tracks are borderline essential, so it’s great to see some available on the two vinyl releases. While it’s mildly frustrating to have them separated in this way – the sampler boasts Frasier’s killer edit of El Coco’s “Koko Cane” and the aforementioned Plaid gem, while the triple-LP includes the must-have Eric Duncan and Azari & III tunes, plus Mask’s thrilling deep acid jam “Folds” and a sublime re-edit of Reuma Abas’ Arabic disco gem “Wa’ana Fda Leumi” – it’s a good problem to have. Whichever format you choose, Beats in Space 15th Anniversary is nigh on essential.