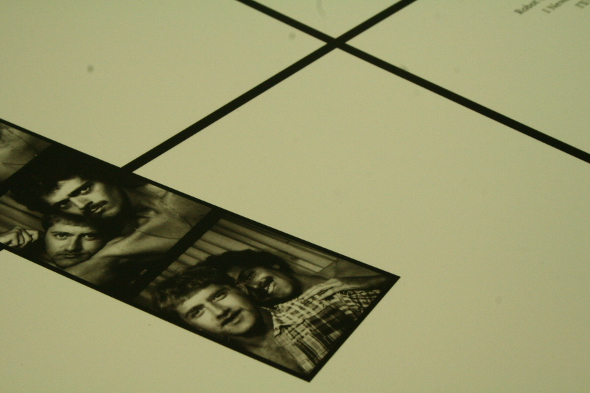 Recorded in fits between 1975 and 1979, Catholic was originally offered to and rejected by the Megatone label in the early 80s. Given that we are in the middle of reissue-mania, it’s hard to imagine anyone turning down the disco icon’s overtures these days, but it’s also true that hindsight and clarity make great companions. In some ways, it’s understandable why Megatone didn’t release Catholic. Cowley’s reputation was based on a stream of distinctive high-energy disco and here he was, collaborating with Indoor Life vocalist Jorge Socarras on an awkward collection of tracks.

The fact that Catholic veers unpredictably between styles and doesn’t represent the classic Cowley sound probably made the label’s executives nervous, just as disco was reaching its popularity apex. Thankfully, the passage of time allows for a much more distanced perspective and now Dark Entries were glad to release the album. It’s certainly entertaining to hear Cowley and Socarras deliver the Ramones-style goofy punk of “I Never Want to Fall in Love” and the slicker, classic guitar rock of “Cars Collide”.

It’s also clear that the collaboration allowed the duo to absorb the many other musical developments of the time. “Eddie Go To My Head” and “Robot Children (Do You Love Your)” are infused with the choppy guitar and jittery vocals of the prevailing post-punk winds, while Socarras does a fine Goth impersonation with the operatic vocals and overblown power chords of “I’ll Come See You” and wallows in Ian Curtis-style doom on “Soon”.

In other places, Catholic sounds detached and has a naive, almost childlike quality. This is most noticeable on the mushy lullaby of “I Remember’ and “Memory Fails Me”, a goofy, lo-fi jam.  And what of Cowley’s famous disco pulses? They are fused with discordant synths on “I Am Your Tricks”, but the duo’s most impressive interpretation of this sound is “She Had Her Nerve”, which marries the art school funk of Talking Heads with the dubbed out drums of Arthur Russell. Catholic by name, Catholic by nature.