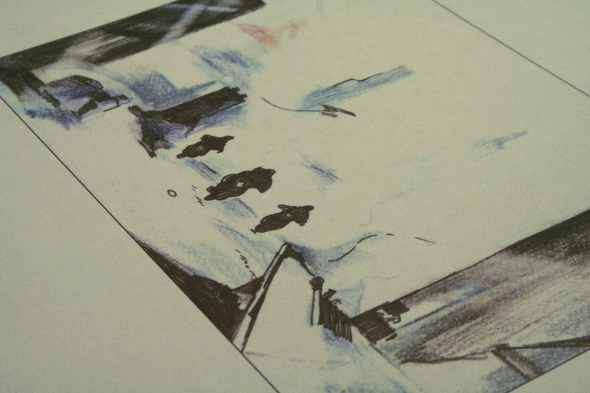 You didn’t count wrong – The latest release from Dan White on Jurg Haller’s dystopian Forbidden Planet label is arriving out of sequence: A pressing issue led to the temporary shelving of the Australian producer’s first four-track solo EP while Annanan’s caustic Lyser release took its place. But in the world of Forbidden Planet (where every slab of vinyl shares Paul Gondry’s unsettling cover art and gurgling-but-danceable techno variations), a non-sequential release schedule seems disorientingly fitting. The debut of Dan White (real name Rory McPike) also proves that some things are worth waiting an excruciatingly long time for – McPike’s music sounds incredibly self-assured, spanning a range of tones as wide and eclectic as the record collection he displayed in a recent home studio interview. 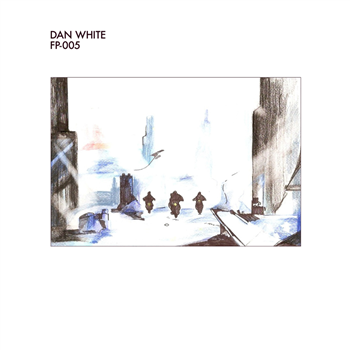 The Untitled release begins on a sombre, ambient tone, with the oscillating opening notes of “Death Flutes” sounding almost as if they could be played live from a grand piano. Half a decade ago, I would’ve been terrified that a track with such a title would be a terrible mishmash of cheesy woodwind samples; but McPike allows the organic tinge of humanity in his flute tones to seep into the edges of the contrasting coldwave-influenced fuzz and frayed kickdrum. Its scavenging music for the end-times and the track’s 10-minute length soars by in a hope-bereft-heartbeat. Although “Death Flutes” isn’t the same peak-time fare that DVS1’s remix of “Some Fantasies are Good” on FP001 was, it nails the ambience displayed on the record’s cover: A windswept terrain, the headlights of motorcycles cutting into your vision; roaring engines gunning towards you as your stomach lurches.

“BA2 Fin” feels as if someone uncapped the gas tank from one of the motorcycles on the 12″s cover and rationed out a near-fatal drink of moonshine for themselves. Characterized by a throbbing blister of a bass pulse, it simmers with an experimental energy recalling Beau Wanzer’s recent LP of live-constructed hardware excursions. Both Wanzer and McPike are content to take their time mapping out the terrain of a single feeling, and McPike’s end product sears together the bumpy low-end of the track with a regime of quivering twitches quite satisfactorily.

But it’s on “Agent Cooper” where the blister bursts into the bloody terrain of raw, machine-made dance music – if the title is referencing Twin Peaks’ mysticism-obsessed detective, it’s the snarling, evil dopplegänger who emerges from the Black Lodge at the series finale. The track’s foray into nightmarish techno shuffle happens so slowly that it feels like you might be stuck in a dream, terrified at what the basement door holds; completely unable to stop yourself from continuing down the path. “Human Hologram” drops into much more urgent territory, with a paranoid electro pulse that feels like a late 90’s acid-house tinged Warp Records rarity. An of course, a pitch-twisted audio sample from what sounds like a Bob Ross painting tutorial referencing “reptilian patterns” gives the whole affair the signature Forbidden Planet tinge of anxiety.