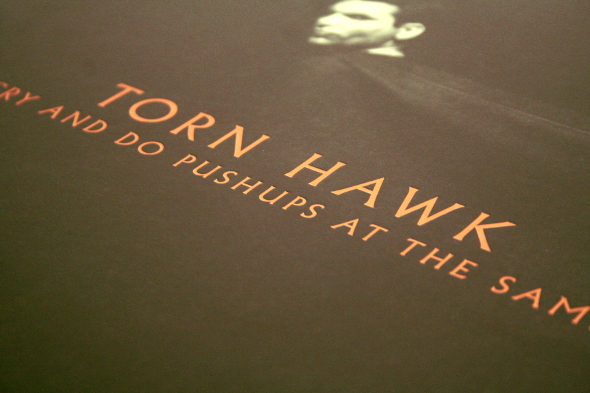 In Native mythology, Torn Hawk (aka Luke Wyatt) might fit the archetypal “trickster” persona – the Coyote whose hunger leads him to cleverly deceive those around him, or the shape-shifting Nanabush, whose duplicity comes from a knack for survival. Wyatt has skirted around dance music’s fringes for years now in a number of morphing identities- sometimes taking the form of his “video mulch” productions for Steve Summers, or directorial collaborations with Aurora Halal & Ital. Other times, his creations extend to the verbose, drunken prose that accompanies Juno Plus mixes and interviews, as if the keyboard he’s typing from is soaked in bourbon, regret, and decades of memories. 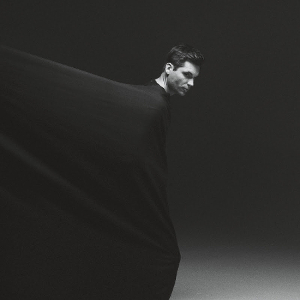 Browse through his press presence and you’ll see even more fracturing identities. One minute you might have him pegged as the striking image of a young hyper masculine Steven Seagal, the next he’s an agoraphobic VHS hoarder, or maybe the ambient techno Bukowski with a ton of delay pedals, perhaps an introverted Dungeons and Dragons geek. Or maybe none of them, or perhaps all of them at the same time. As the album title suggests, Let’s Cry And Do Pushups At The Same Time is a celebration of the multiple personas, and this wonderful and cohesive LP finds Wyatt in peak form, executing silly concepts with utter sincerity, something that the Mexican Summer press release praises as a “more emotionally manipulative” direction than Wyatt’s earlier work.

Wyatt’s work has taken him across a smattering of labels, from L.I.E.S. to Vancouver’s 1080p to his own Valcrond Video imprint, and leading track “I’m Flexible” might as well be the leading qualification on his resume – beginning with a blippy little Casio pattern, he builds an exquisitely detailed landscape for the foreground sounds, surrounding it with delay-laden handclaps, drawn out guitar-plucked wails, and a sweeping feeling of hopeful sentimentality. In the accompanying music video, Wyatt literally uses Photoshop tricks to blur and distort his own shape – an apt metaphor for the album.

“She Happens” is fraught with churning small town sadness, taking on much more of an experimental indie rock angle than previous functional dancefloor material like “We Burnt Time”. Almost coming across like a sombre, early-era Broken Social Scene, “She Happens” paints a picture of small-town sadness – a Lynchian meditation on how the world chews you up and spits you out; returning to your hometown to take care of aging parents.

“Afterprom” continues the melancholy streak that characterizes the first half of the album, standing out as the emotional centrepiece as far as this writer is concerned. What’s always amazed me about Wyatt is how he has his finger placed so accurately on the pulse of nostalgia – and the way that just when his guitar-work begins to sound like improvised noodling, he brings it back full circle; completing a complex algorithm of longing.

The second leg of Let’s Cry takes on somewhat of a more frantic pace – “Return to the Pec Deck” pokes fun at hyper-masculinity while retaining a speed that feels like you’re flying across an American highway with the windows down, and the rough-edged drum patterns that characterize “Lessons From the Edge” seem like they’re connected to Wyatt’s aesthetic interest in “parodying toughness”. Done with a wink or not, they continue the album’s hot streak, which lasts all the way to the distorted strums of “There Was a Time”.

The wailing finale sounds like Bruce Springsteen caught in a blizzard, proof that Wyatt is well-versed enough in the ins and outs of pop, rock, dance and noise music to fluidly slip into one and out from another. It’s rare that an album shows itself to be both a statement of artist maturity and a trip into uninhibited goofiness, but Torn Hawk does it all effortlessly, no doubt cackling quietly to himself at the ensuing confusion. Long live the trickster.