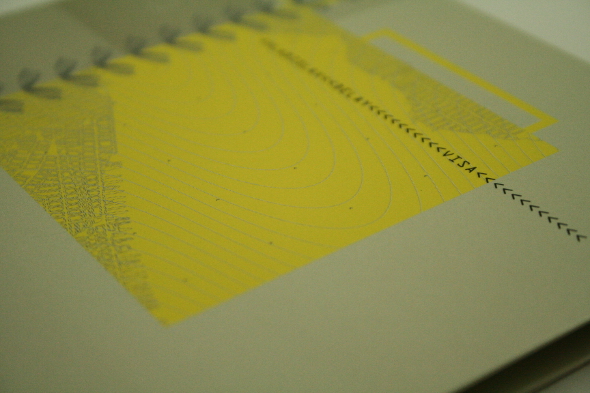 Sasu Ripatti means different things to different people, but even for a man with a whole lot of names and friends to bounce creatively off and 15 years to set out a slightly intimidating breadth of work, there’s always been a plasticity and a connecting thread that makes each new thing sound strangely familiar. Some shared sensitivity in the way textures and composition is handled perhaps – maybe a hallmark of the oft-touted jazz percussionist training – that focuses on micro-detail and macro-beauty and tends to make even the more complex or niche turns of his hand unusually accessible. Even Ripatti’s takes on austere genres like glitch or minimal tend to exude an elegant delicacy and refinement, a sense that the music is there to challenge but not defy the listener. Quite frankly, it’s still a rare and wonderful thing.

It seemed as though the last few Vladislav Delay albums for Raster-Noton were reaching for a more percussive sound. Not for the dancefloor exactly, but with an increased pulse and an exciting new sense of organic movement. There’s the term “deposition” in thermodynamics to describe the state in which substances transfer from gas to solid without first becoming a liquid (like snow!), and Kuopio and Vantaa sound as though Ripatti was unpacking the idea sonically, conjuring clouds of vapour to rain various heavy objects down upon the listener in pleasingly substantial quantities. More recent works as Heisenberg (with Max Loderbauer) and under the Vlad or Ripatti monikers have started to dissipate the gaseous textures more completely in favour of amped up beat experiments frequently compared to footwork or high-speed electro. So – I admit – I was surprised to hear that New LP Visa was supposedly “ambient”.

Accordingly created in the two weeks after being denied entry to the US, Ripatti has processed the energy (and perhaps frustration?) of the process and aftermath into a body of work unusually exuberant for something that’s been described as an ambient record. For one it uses and embraces loops that are candidly repetitive and jerky, similar in terms of motion to the frantic percolations that Ripatti has been exploring on his new label and which frequently jostle with more industrial soundscapes. It’s more boisterous than I’ve ever heard before from him outside of the crackling electronics provided by the Vladislav Delay Quartet.

Already it’s hard to think of these five tracks as something so potentially ignorable or unobtrusive as ambient. “High-volume ambient” from the press sheet seems a fallacy. In fact, JR Seaton (Call Super) already put it far more eloquently than I ever could by distinguishing a connection between Visa and the work of Pepe Bradock. These tracks really do feel like jazz, but jazz as in Pepe’s world. Contorted, caught in a haze, the current of energy redistributed and looped in some kind of masochistic perdition. Ripatti is careful not to directly intimate emotion or themes in interviews, but considering the reason for Visa’s conception it does seem some grievance has been captured.

But despite the journalistic thrill in immediately setting Visa out as some dystopian fantasy of dejection in the face of rejection, the more romantic elements of Visa shouldn’t be undersold. Tracks seem to jostle with an anticipatory ardor and frequently invoke that strange kind of ‘fidgeting’ or clipping motion, many elements exuding the feel of rough cut-n-paste samples even though I’d guess that they were composed, and the sudden introduction of new elements or a reorganization in patterns tends to quickly divert the overall direction. You know that thing in the last Rene Hell record on PAN where he mixes and twists pain and pleasure to some maximal degree? The references to an image of a model snapping her ankle as she walks down the catwalk? It sometimes feels a bit like Ripatti has taken that idea and detuned it a bit, shaving down the incredibly sharp edges but stabbing in the same motion. First track “Visatron” fires a machine gun at you, but last track “Viimeinen” softly plays the piano. We sure ain’t in soft ambient Chain Reaction territory anymore, but there’s still something dazzling and alluring.

Perhaps “Viisari” is most emblematic for the balance frequently struck by Ripatti between light and dark. Over six minutes a cold tendril of dubby and metallic synth flips to become a warm, accordion-like drone, clicks and cuts slowly gaining anthropomorphic sentiment and affectation from insect to animal. It’s funny how much the overall tone seems to feed back differently based on mood; writing notes on the album yesterday in the midst of a thunderstorm I noted a relation to the atmosphere, a dejected and fractured sound. Today, sat at the kitchen table in the sun and coffee, I feel appreciative of how well of the sound fits this environment too. Perhaps it’s the new sense of looseness that allows such complex music seem remarkably adaptable. Perhaps Ripatti is just really good at what he does.