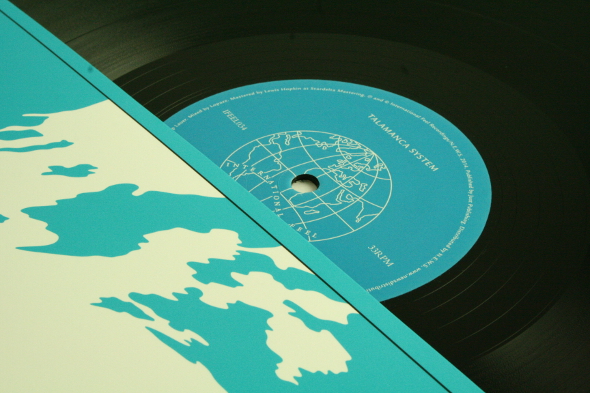 It wasn’t so long ago that Mark Barrott, the man behind the International Feel label, was thinking of calling time on his much-loved, Balearic-minded imprint. In fact, around the release of the label’s third anniversary compilation in 2012, he went on record as saying that “this could be the end”. Of course, the imprint’s hiatus was short-lived. After recharging his batteries and recording a serious amount of music at his Ibiza home – he relocated from Uruguay, where he founded the label, around the same time – the former Future Loop Foundation man returned with a string of new records. There was the slow acid-meets-Berlin techno chug of the Sonic Aesthetic 12”, then his first solo album under his given name – the decidedly ambient and picturesque Sketches From An Island. At the same time, he felt confident enough to reveal what most dedicated listeners already knew: much of the label’s “mysterious” output – those hard-to-find 12” singles by EFEEL, IFEEL Studio, Rocha, Bepu ‘N’ Gali, Young Gentlemen’s Adventure Society and Panda 88 – were all his handiwork. 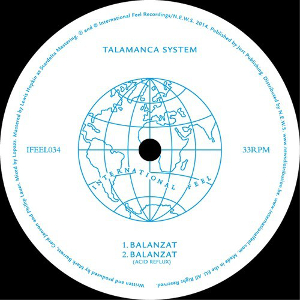 Given that International Feel was initially marketed on a refreshing air of mystery – something now common in electronic music, but less so when the label started in 2009 – it was arguably a brave move. Of course, it’s a lot easier to come clean once your label is successful, but Barrott’s priorities have clearly changed. He used to guard the label’s roots and even his own identity quite closely (when he first communicated with this reviewer, back when he was preparing the first release, initial email exchanges were laden with riddles and vague clues to his previous musical identities); now he employs PR companies to spread the word on his behalf. Clearly, he’s happy with life; certainly, the label’s more relaxed and sparse release schedule suggests as such.

This latest project from Barrott’s almost bottomless pit of productivity is a little less mysterious than some of his outings over the last half decade. Talamanca System – another odd alias to add to the list – is a collaboration between Barrott and Running Back boss Gerd Janson, with additional contributions from the latter’s regular Tuff City Kids sparring partner Phillip Lauer. According to the accompanying press release, the collaboration came about when Barrott gifted Janson one of his old synthesizers following a weekend mulling over music at his Ibizan villa. One thing led to another, and soon the two were working on the track that became “Balanzat”.

In many ways, the original version of the track sounds like something born out of a weekend spent hanging out on the White Isle. It begins with the kind of saucer-eyed chord progressions and tropical bird noises that once marked out 808 State’s “Pacific” and Sueno Latino’s “Sueno Latino” as great Balearic house records. What follows is similarly-minded, with Barrott’s ear for dreamy textures, glassy-eyed melodies and classic disco percussion – think cowbells and congas –perfectly matched by Janson’s tactile, ’89-style Mediterranean house groove. Listen intently enough, and you’ll also hear echoes of Lauer’s “Muscat Ring Down” single on Beats In Space, too. When you’re sitting in drizzly Britain in the middle of October, it feels like a warming ray of unfussy, life-affirming dancefloor sunshine.

You can hear each producer’s hand in the remixes, too. The Acid Reflux Mix, for example, sounds like one of Janson and Lauer’s wilder trips into TB-303 territory – all jacking Chicago rhythms, relentless acid lines and mind-altering cowbell hits. There’s a bit more of Barrott about the humid atmospherics, downtempo rhythms and almost overwhelming chords of the Beatbox Mix. While Janson could have been involved, the sheer Balearic bliss displays all the hallmarks of Barrott’s work under the EFEEL and IFEEL Studio aliases. As for Lauer and Janson’s Tuff City Kids Remix, it largely sticks to the warming, wide-eyed feel of the original, adding a refreshing looseness to the beats and a grandiose piano riff to emphasize to late ‘80s White Isle mood. While the changes are relatively subtle, they arguably make the track even more of an attractive proposition. Put it this way: it sounds like a modern day Ibiza anthem in the making – for those of a certain vintage, at least.