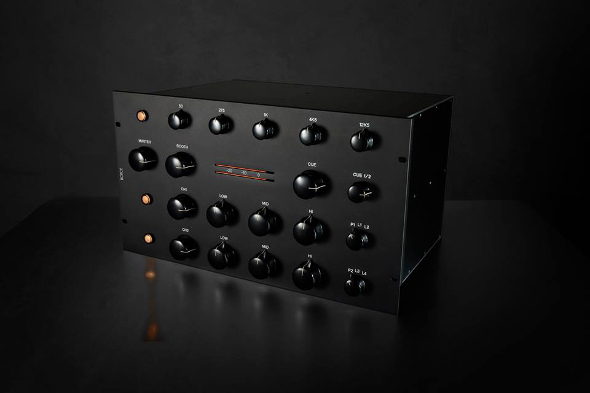 The audio hardware company and Eglo artist Sam Shepherd have worked together on a high-end rotary mixer.

Given his position as resident at London’s Plastic People, home of one of the city’s most tweaked soundsystems, it’s no secret that Sam Shepherd takes pride in the sound quality of his DJ sets. Now it seems he’s taken that interest a step further, working together with high-end audio company Isonoe to create a rotary mixer the company says was made to reduce the “bottle-neck” in the audio chain created by other commercial DJ mixers.

According to Isonoe, the FP Mixer is the result of a request from Shepherd to create a mixer containing circuitry found in world-class studios, and was built from scratch over a four-year period. The electronics themselves are housed in a heavy-duty surround, shielded by twin layers of alloy, and the full specs list, posted in a PDF by Shepherd on his Facebook page, makes for impressive reading.

Isonoe’s pedigree as a supplier of high-end audio products for DJs, clubs and studios is impressive – as well as making audio isolation systems for turntables, CD players amplifiers, the company creates its own five-band programme equaliser for mastering purposes. Shepherd isn’t the only high-profile DJ Isonoe has worked with – the company was responsible for supplying many of the individual components of James Murphy and 2ManyDJs’ bone-shaking Despacio soundsystem.

At this stage there’s no official word on when the product will be released to the public or how much the FP Mixer might cost, but we have reached out to Isonoe for comment.

Update: Isonoe has confirmed to us via email that the FP Mixer is a highly bespoke product, and probably won’t see even a moderate manufacturing run. “If someone were serious enough to order another FP mixer, we could turn it around in under 6 months as we have all the engineering drawings (Sam’s took a lot longer because we had to design it as we went along, and then debug it),” Isonoe told us. “We wouldn’t rule out a manufacturing run, but at this stage it’ll be strictly built to order.

If you’re indeed serious about having the FP Mixer built, we suggest getting in touch with Isonoe directly.