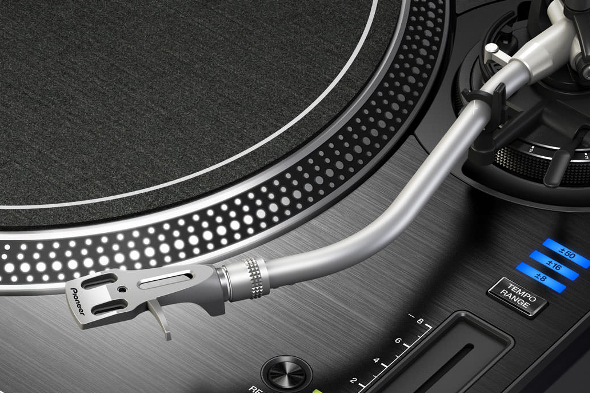 Rob Lee offers his opinion on Pioneer’s surprising move into the analogue DJ realm with release of the PLX-1000 turntable.

It is safe to say the Technics SL-1210 turntable has been recognised across the board as being one of the most influential items of music technology of the 20th century. Though it was discontinued back in 2010, it’s still considered the industry standard for vinyl DJs. Given its similar stylings, Pioneer’s new PLX-1000 turntable seems to be Pioneer’s attempt to fill the gap left by the SL-1210, but it sits in the shadow of its more widespread counterpart. However, it’s Pioneer that has arguably been the brand at the cutting edge of DJ technology for the last 15 years, and though its decision to create a product for analogue DJs is surprising, it does come at a time when vinyl sales are healthier than they’ve been in years.

This PLX-1000 has all the features you would expect of a DJ turntable. It has a high torque direct drive platter that arrives at 33 1/3 RPM in a lightning 0.3 seconds, variable pitch control with three widths of operation, a tempo reset button and an S-shaped tone arm that reduces the possibility of feedback. The build has been especially designed to reduce the amount of vibration, thus improving isolation, with a smart zinc die-cast face supported by 8mm of resin with a specially designed base made from 9mm thick damping material. Like the Technics SL-1210, the PLX-1000 sports the classic anti-skating, height, lock, weight and needle lift functionality. 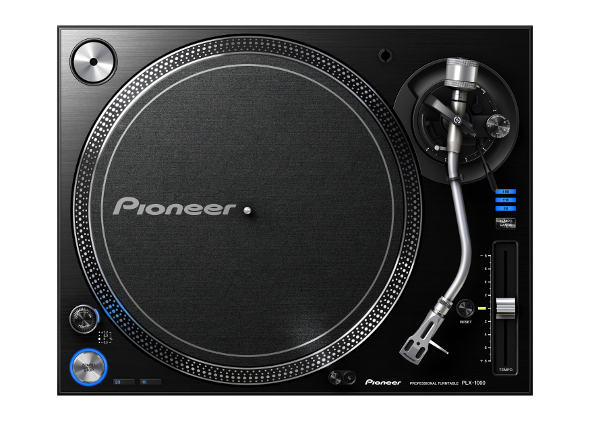 The PLX-1000 does look similar to the classic Technics turntable, which will be very comforting for club DJs used to the nuances and gentle manipulation vinyl mixing requires. The PLX-1000 also features detachable power, ground and RCA cables – a definite improvement on the 1210, whose cumbersome cabling would be the bane of many a club engineer. This cable housing is situated deep under the turntable, helping to keep the PLX-1000 fairly tidy, even if it is a little fiddly to get the cables in and out. This unit also ships with both UK and continental power cables, gold plated RCA cables, a ground wire, rubber mat and slip mat, EP adapter, dust cover, detachable weights for optimising the tone arm and shell, and a head shell, but no cartridge and stylus, which you will be required to buy yourself.

It’s fairly clear the PLX-1000 will be a big hit with the current generation of vinyl lovers, which generally means DJs and audiophiles; club DJs needing stable rotation speeds and a wide pitch range of between 0%-50% will be more than satisfied with the features offered on this new turntable. Perhaps the bigger test is how the scratch or battle DJ fraternity will respond to this new pretender, and initial reports suggest the touch, feel and nuances in the Pioneer deck are comparable to the classic turntable. Audiophiles are also catered for. While belt driven decks are considered superior to direct drive in terms of sound quality due to the lower vibrations, the PLX-1000’s die-cast chassis and 8mm of resin help to combat this issue, while the rubber insulated tone arm minimises sound issues further. 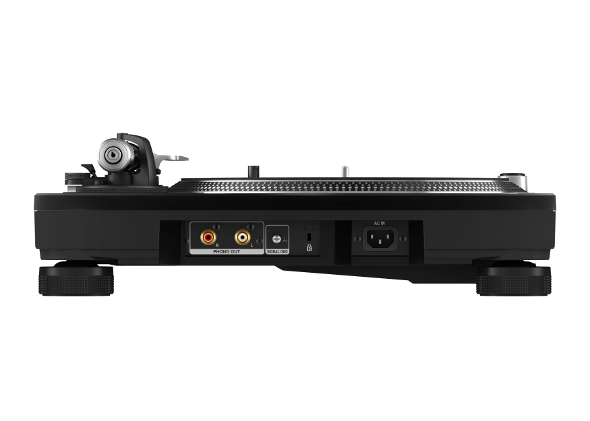 Side by side with the Technics SL-1210, there are few obvious differences, aside from the style of the unit. The start and stop times are quicker with the PLX-1000, the guide light is whiter and the cables are conveniently detachable. But the same could be said of the Stanton ST150, and the Pioneer unit shares the same Super OEM innards as other modern record decks like the ST150 (also offering three speeds), the Reloop RP7000 and Audio Technica LP1240. The main difference with the PLX-1000 is Pioneer has opted not to include an adjustable motor start and brake option or some form of USB connectivity. In contrast to competitors, Pioneer has tried to get as close to a Technics SL-1210 as possible rather than adding lots of different features.

With Technics models in clubs becoming increasingly unreliable the PLX-1000 could become a real alternative, and now Pioneer has a vinyl deck, it can conceivably take over the running of the DJ booth entirely. But with a pair of original 1210s selling second hand for up to £100 cheaper than a pair of PLX-1000s, Pioneer may have trouble convincing people its model is worth the expense. Whether the PLX-1000 will equal the quality and longevity of the Technics decks, only time will tell.