Blackest Ever Black launches A14 sub-label 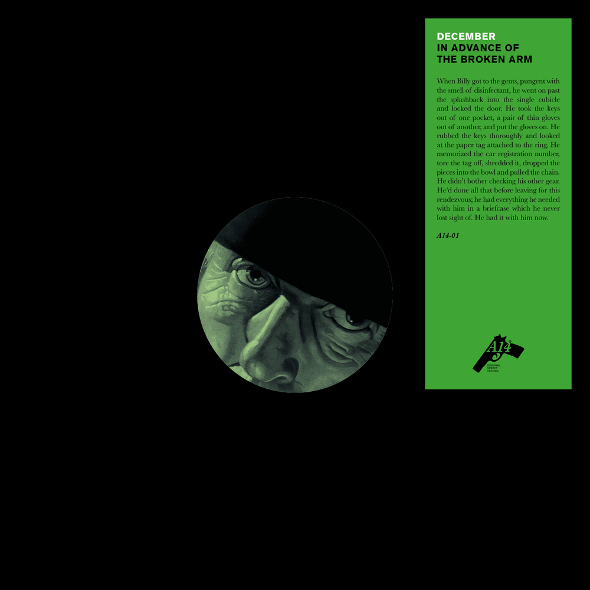 A record from Paris-based producer December inaugurates the new endeavour, with a stated focus on “original street techno” and breakbeat productions.

With the Blackest Ever Black discography taking on an ever more esoteric appearance these days thanks to records from the likes of Officer!, Bremen, and Raspberry Bulbs, the label has expanded its remit with the launch of A14. Pronounced a-one-four, the dancefloor-focused 12″ imprint was formally announced yesterday following some low-key hints via the BEB radio show on Berlin Community Radio and irregular mailouts. Promising to release everything from “serpentine breakbeat reductions to straight-up terminator trax” the debut 12″ from A14 comes from December, the latest creative endeavour of Paris-based artist Tomas More.

Having first surfaced on a split release with Roman Flügel for Jennifer Cardini’s Correspondant label in 2011, More’s experimental urges have seemingly come to the fore over time – see his Get The Curse record which featured a pair of Madteo remixes. Earlier this year he resurfaced under the December guise with a tape for Where To Now? whose abstract tone is explored further on the newly issued In Advance Of The Broken Arm 12″ from A14 which you can preview below.

In Advance Of The Broken Arm by December is out now on A14.

A1. In Advance Of The Broken Arm
B1. Collapse