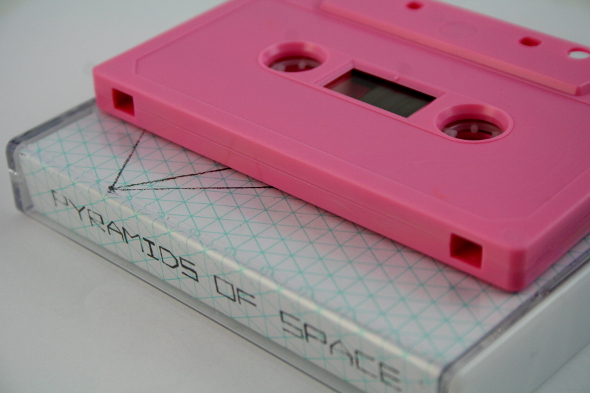 Shrouded in the kind of mystery that has kept the electronica scene thriving with nerdy fervour since its inception, this album by Pyramids Of Space has been issued with not-a-lot-of fanfare on Mordant Music. As the noble Baron Mordant would have us believe, this is an archive recovery from a dusty vault long-since forgotten by an unspecified collective of Cornish artists. Throw into the mix that these tracks were supposedly recorded between 1992 and 1996 and pulses set racing thinking about who could be responsible, and listening to the music doesn’t help stem that flow. After all it’s fun to speculate when you can atleast think of messrs James, Vibert and Middleton knocking around the area at the time. Whatever the case, we may never know the back-story and it may never matter, because regardless the music alone is worthy of some serious shouting about. 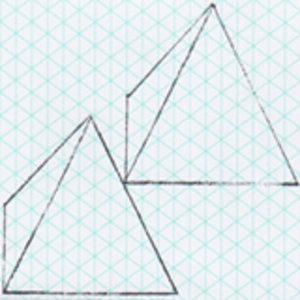 Of course 22 tracks is a lot to take in, and even if some are short the majority of the cuts are full-bodied beginning-middle-end excursions, which gives the impression this will be a body of work to come back to again and again. Be that as it may, for an electronica release there is a wonderful uncomplicated quality to Pyramids Of Space, where crunchy beats fall in tangible, funky grooves and the melodies, samples and cosmic FX wheedle their way through whichever particular fantasy is being crafted at any given time. Despite the sheer volume of audio, there is rarely a duff point on here, and so it seems more logical to home in on a few notable high points.

“KBT” is an instant hit, displaying the kind of dexterous, magical electro that Plaid first emerged with, especially in the punchy bassline and choppy rhythms. The chimes too sound fit for Not For Threes, while the sweeping pads inject a different kind of mysticism into the surroundings that could nestle in one of the sweeter Polygon Window tracks. “The Ice Factory” skips away from this kind of hard-rocking groove to descend into a searching, skittish exploration of icy blasts and erratic percussion rich in mystery and imagination redolent of that frontier phase of “electronic listening music”.

“Pyramid Theme” is utterly charming with its Eastern melodies and playful use of beat-em-up samples, before “Further Out” ramps up the ancient mythology with a killer flute hook and heavy pounding bongos. Elsewhere there are even bigger surprises to be found with the plush classical guitar licks and heart-melting synth lines of “Balance”, and “The Lost Chamber” marks out one of the most avant-garde moments with its powerful low-end drone exercise.

That’s really a brief summary of just a few of the most instantly notable moments on a staggering collection of top-of-the-line electronica. As to who it was and where it came from, it’s really quite hard to picture that such advanced and dazzling pieces would be sat on for so long, but then there must be plenty more archival material dotted in the studios of every early 90s whizz-kid worth their salt that would inspire equally emphatic reactions. The other big question is just how good everything sounds. There’s a definite jammed out, played by hand flavour to this material, hence its immediacy, but the balance of the mix and quality of the end result doesn’t speak of chance experiments in the early 90s. Everything sounds so utterly rich and developed, which of course just leaves you wondering even more.

Whatever the case, the most important thing here is that this music is available to listen to now, whether it was in fact made by a prankster with some serious skills in the summer of 2014, or crafted by electronica elder statesmen back in the misty days of yore. If you’re a fan of that era and the boundless creativity it thrived on, you will be happily revelling in this release like it was an old favourite from the moment you put it on.