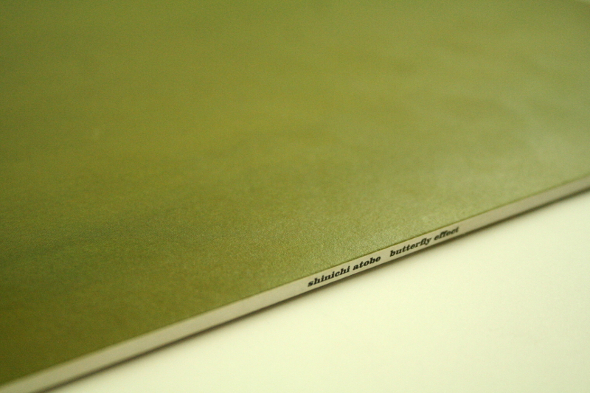 How many secret, forgotten techno artists can be left out there to rediscover and re-release? It’s perhaps one of the great justices of the reissue culture and information exchange that once unsung heroes are getting their dues left right and centre where once their craft lingered in obscurity or at best cult status, and there’s certainly plenty of them lurking about in dusty corners of seminal labels and far beyond. Shinichi Atobe is one such character with one highly revered single on seminal dub techno imprint Chain Reaction from 2001, leaving a wake of fervent collectors wondering who he might be (an alias for Vainqueur seemed to be a popular theory).

Interestingly, it’s Demdike Stare who have tracked him down, finding much like so many of his kind he is in fact sat on a veritable mountain of home recordings having turned his back on music to pursue other paths. Butterfly Effect then collects together a choice selection from the archive that Lancaster’s premiere witch-baiting techno outfit have been sifting through, and it makes for a stunning double-pack of varied electronics that recognizes the diversity that existed on the original Chain Reaction 12”. Far from some monochromatic dub techno-by-numbers affair, there really is a lot of different stuff going on here, and it’s all really good.

Some of the most arresting moments are also the most tender, not least on the heart-melting subtlety of album opener “Free Access Zone 1” with its emotive melancholia tempered down to a subconscious hum peppered with crisp, minimal palpitations. “Butterfly Effect” may be a more energetic concern with its deeply submerged kick pulse and synced up hat tick, but those percussive touches are so sparse it hardly matters. What is important is the elegant beauty of the simple, repeating keys and the underlying pad. It’s utterly repetitive and completely magnificent, making one of those shockingly simple ideas so affecting it’s hard to imagine how the artist could get away with it.

There are more upfront moments such as “Free Access Zone 5”, which drops a quirky line in bell chimes over growling bass arpeggiations in something like a sturdy house groover, and “Free Access Zone 2” equally nestles into a forthright funk even if it is populated with insectoid bubbles and gurgles. Even in these spaces a refined, slightly haunting quality hangs in the air to keep things from drifting into overtly straight-up territory. And besides, there’s plenty of time afforded to explorations further out at sea.

Both installments of “Waste Land” exist as purposeful studies of clashing harmonic content designed to unsettle, letting chimes of synth studies create somewhat nightmarish incidentals that move free of compositional constrictions. “Free Access Zone 3” is equally a challenging noise study that feels more in line with the likes of Ryoji Ikeda and Alva Noto with its staggering thuds of static, and “Free Access Zone 8” takes that approach and widens it out with some quite disgusting, marvelously sculpted squelches surrounded by metallic decays.

There’s something really quite unusual about Atobe’s work, and there’s no doubt it will leave a few scratching their heads that may well have been clamouring for the next logical step after the Chain Reaction 12”. It’s something in the choice of sound sources, from the twee drum break that drifts by on “Free Access Zone 7” to the hammy orchestral string stabs on “Bonus Break”, that cuts through the ethereal downtempo electronics in just the right way. The delicate way in which Atobe crafts both the beat-driven and ambient pieces is remarkable on its own, but with this additional quirk of identity woven in it’s simply extra validation that Demdike Stare did a wonderful thing in tracking this guy down and unearthing some more of his music.