Various Artists – Down To The Sea & Back Volume 2 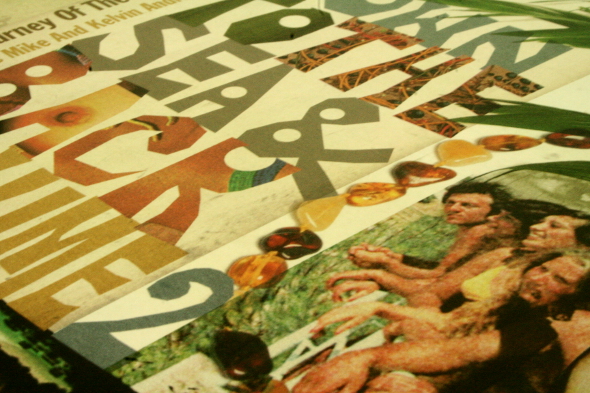 Emblazed on the sleeve artwork of Balearic Mike and Kelvin Andrews second Down To The Sea & Back Volume compilation is the subtitle The Continuing Story of the Balearic Beat. While this may not mean much to most, it’s a reference – presumably willing, given the two DJs’ veteran status – to a release that effectively introduced the Balearic musical ideal to a wider audience. 1988’s Balearic Beats Volume 1 remains a landmark collection. Put together by Pete Tong, Paul Oakenfold and Trevor Fung, it was primarily made up of tracks that rocked the Shoom parties in London, and before that DJ Alfredo’s various residencies in Ibiza. It was the first serious attempt to define what could be considered “Balearic” – a ragtag, anything-goes hotchpotch of baggy house, loved-up pop, humid electronics, forgotten Italo-disco, throbbing EBM bangers, the Woodentops and Mandy Smith. 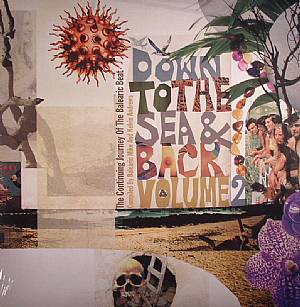 In hindsight, perhaps the most striking thing about the collection was not the music it contained, but the naïve ideal it represented; an E’d-up, wide-eyed enthusiasm to embrace the weird, wonderful and off-track in pursuit of having a good time. This is particularly true of Terry Farley’s now infamous sleeve notes, which still read like the over-exuberant ramblings of a man overcome by the intense rush associated with early ecstasy experiences (“Just let this warm slice of Anglo-Ibizan club culture wash rush over you, enjoy it mateys!”).

Like that 1988 compilation, Down To The Sea & Back Volume 2 comes with an eccentric sleeve essay – not from Terry Farley, but rather former NME journalist and Hacienda resident DJ John McCready. Tellingly, it focuses not on an excitable attempt to define what Balearic is, but rather the long-established crate-digging credentials of its’ creators. It seems fitting, as today’s Balearic DJs – even those with lengthy track records, such as Mike, Kelvin, Annabel Fraser, Mudd, Lexx, Moonboots and DJ Harvey – seem to define themselves just as much by the obscurity of the records they play as the variety. As the “Balearic beat” has become an accepted part of the rich tapestry of dance music culture, those dedicated to it have looked further afield for inspiration, digging deeper in pursuit of sun-kissed sounds, loved-up disco and hazy, glassy-eyed electronics.

This is not meant as a criticism. In fact, Balearic Mike and Kelvin Andrews’ dusty-fingered exploits are arguably the strongest selling point for the Down To The Sea & Back series. Like Claremont 56’s now defunct Originals series – which Balearic Mike contributed to – it invites listeners to indulge in music from the margins that fits into the loose, laidback, smile inducing ethos of Balearica. Often, the records showcased are not particularly expensive – hard to get hold of, perhaps – but it’s their eccentric or overlooked nature that excites. The duo’s extensive sleeve notes – explaining how they discovered tracks, where they found the records and what other gems should be sought out by the artists involved – only enhances this impression.

While Harvey devotees and Balearic diggers will know some of the material on this second volume in the series – most notably Michael Shrieve’s epic, sun-kissed “Transfer Station Blue”, Linda Di Franco’s Alfredo-fave “TV Scene” and Hong Kong Syndicat’s cheery “Samba Olec” – there’s plenty of genuine surprises amongst the 16 tracks. Of these, most are thrillingly sublime. As befits a Balearic compilation, there’s plenty of variety. Contrast, for example, the exotic African percussion of Guem et Zaka Percussion’s “Le Serpent” (a genuine highlight, and a record that apparently took Andrews’ years to find after first hearing a DJ play it in Paris in the early ‘90s) and the creepy synthesizer soundscapes of the track that follows, Chris & Cosey’s “Walking Through Heaven”.

Of course, there are a couple of so-co cuts – ironically, these are largely the more recent products of the Nu Balearic scene, including remixes by Leo Zero and Frontera – but these pale into insignificance compared to the many “what the f…” moments that dominate. Who knew, for example, that pitching down Underground Resistance’s “The Illuminator” to minus eight – as it is presented here – turned it into an inspired chunk of stargazing Balearic brilliance?