It’s a crew vibe on the new Lovers Rock release 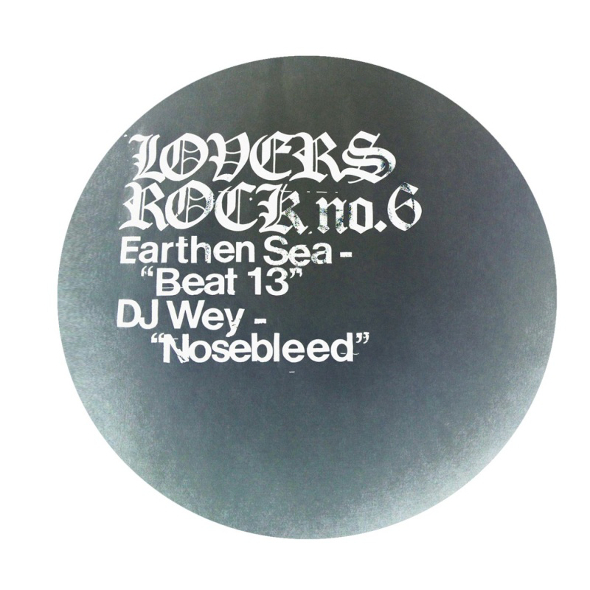 We speak to Earthen Sea about his contribution to the new Lovers Rock release, which you can also stream in full.

In addition to his successful recording career as Ital, Daniel Martin-McCormick has really embraced the role of label owner since Lovers Rock was rebooted last year with the excellent Throbbing 12″ from the artist himself. A wider introduction to the Earthen Sea project of Martin-McCormick’s former Mi Ami band member Jacob Long arrived back in February, later complemented by a collaborative 12″ from Ital and Aurora Halal. After a summer spent touring to celebrate the excellent Endgame LP for Planet Mu, Martin-McCormick’s attentions have returned to Lovers Rock with details of the label’s final release of the year.

Due out later this month, Lovers Rock No. 6 is a split release affair and features solo contributions from all three members of Mi Ami in Ital, Earthen Sea and Damon Palermo. The record also introduces newcomer DJ Wey, whose track “Nosebleed” is described as a “ferociously addictive gob of melted plastic drizzled atop a slamming martial beat and a strangely leering vocal break.” To celebrate the announcement we have been granted a full stream of “Beat 13” from Earthen Sea, and we also took the opportunity to quiz Jacob on his production methods and relationship to techno.

Hi Jacob, Daniel mentioned to us that your artistic process is “very handmade”. Is this something you agree with, and if so could you elaborate on what he means?

I guess I have a pretty “old school” or something of the sort approach to solo recording that hasn’t changed much since I got my first cassette 4-track about 20 years ago or so. Currently I work on a digital 8-track machine that only allows for up to two tracks to be recorded at a time. What that means for how my tracks get built is that I lay down the beats first and then overdub the other parts on top of it one at a time. It is pretty limited because once I lay down that base to begin with, the duration of the song is set and there isn’t really a way to make a part shorter or longer or make any of those kinds of changes once everything is recorded.

The other part of the “handmade” thing is that aside from the drum patterns nothing else I do is sequenced. Even in playing back the drum parts to record I have my drum machine setup so I trigger the patterns live so the durations and moving between parts is all done on the fly. Then all of the keyboard parts are played through live on top of that. And then the mixing is all done live in real time with effects on the fly and all of that. So yeah, things are pretty loose all the way through but its how I’m used to working.

What exactly is your relationship with techno? Do you go out to clubs often to play or dance, or do you appreciate it more in a home listening sense?

Pretty much entirely as a home listener. In general I don’t go out to see a ton of music these days and don’t go out to dance or anything often at all. I mean I’ve been into a lot of different music including various strains of electronic music for a long time. But its always been just one of the things I’ve listened to.

Similarly, what’s the current imperative behind the music of Earthen Sea? Your earlier stuff was more drone-based, but it’s started to move into beat-focused material. Are you now setting out to make music for the club or do you still see Earthen Sea as an ambient concern?

Well yeah, I’ve been working under the Earthen Sea name for about 10 years now and it has encompassed a few different shifts in my approach to making solo music. For a while it was entirely improvised looper-based ambient/drone. At some point I lost interest in continuing to make loop-based music and took a bit of a break from making music on my own at all. But about two years ago I started to figure out a way forward with it, and things started moving in a direction that I was more excited about than I had been in a while. I started sending Daniel a few things just to hear what I was up to and we talked a bit about him wanting to see what adding beats to some of my ideas would be like. So eventually I picked up a drum machine and started messing with it.

I don’t think what resulted was exactly what either of us was expecting but it came more naturally to me than I thought it would and it has given me a way to focus compositions that I feel like I was lacking with a more freeform setup. And generally I really try not to think about what the end result in terms of functionality of something is when I’m making it. I mean if I’m making a beat obviously I am making something that grooves for me, but overall I am just trying to make music that speaks to me (and hopefully others) in a deep way, whether it is ambient or not.

You currently play in two hardcore bands – do you feel these two musical words of yours overlap in any way, or do you see Earthen Sea as a more compartmentalised project?

It’s pretty much all just music to me. I mean I just really love playing it. And even the two bands I’m in at the moment are pretty different from each other. So in kind of strict terms I think all three projects have their own thing going on but I can see some overlaps with just general musical concerns I have – they all have a certain looseness and rawness to them in their own way and a lot of the organization of them is really sound-based a lot of the time. But yeah, I can’t really imagine ever just making (or listening to) just one kind of sound.