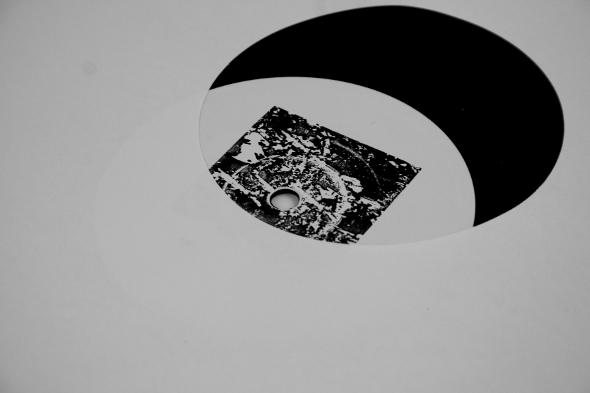 If you take a peep at Hungarian producer Stephan Olbricht’s discography, it reveals a sizable body of work issued forth since 2010, and yet this appearance on the ever-strengthening Lobster Theremin represents the first excursion he has had on vinyl (at least under this moniker). Instead the man from Budapest has been more concerned with cassette-based releases, including a decent salvo of LPs, for the likes of Opal Tapes and his own Farbwechsel, but it was the collaborative release with Norwell for Cleaning Tapes that flew him onto the radar of this particular reviewer. There’s no escaping the fact that Olbricht’s sound is a snug fit on spools of tape, with all the dusty trappings you would expect of a contemporary lo-fi producer, but with this latest release there is a sense that some consideration has been made to nudge at least some of the music towards a more public, shared experience away from the private trappings of his usual format. 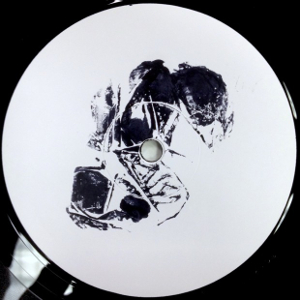 The two middle tracks, “Veuns” and “Rpsts”, are more in line with the output found on Opal Tapes et al. While the former motors ahead on a sturdy 4/4 thrust with a thrumming bassline, everything is still purposefully submerged under some seriously murky processing. Cast in a different light, and with some running time afforded to bulking out the structure of the track, it could quite easily have been a valid workable analogue house track, but instead it swirls under the sludgy weight of a filter that just won’t quite open. That’s not necessarily a bad thing either, as the effect is an immersive one that makes the track more contemplative than it would perhaps be on the dancefloor. The brooding nature of the aforementioned low-end and the emotive overtones of the arpeggios and drifting drones get under your skin with ease. “Rpsts” meanwhile is more obvious in its esoteric intentions, fussing over a scuffed rhythm that has no concerns for physical response, reveling in its considered obtuseness and sounding strong with it.

And so on to the more direct tracks. “Fi” still starts in mysterious tones, taking time to reveal its full self, which only happens as the skipping beat comes bounding in through the misty fields of melancholic pads. The contrast between those gloomy notes and the peppy drums works a treat, adding just the kind of friction that gives the best tracks emotional depth. There’s also a healthy amount of mischievous effects trickery going on over the percussion as rattling delays get shortened down to a metallic grind, and onwards bounces the irrepressible groove. It’s in these tweaks and twirls that the track makes its statement, keeping the overall concept simple and using on the fly tactics to inject the required motion to holds ones attention.

“IIX1” is certainly the most full-blooded of the tracks on the record, and it wastes no time in leaping into another swung, rough and tough drum set draped in powerful swathes of pads, hums and other such atmospheric delights. Here the tension is spelt out between the apparent brutality of the beat against the yearning nature of the melody, both sweet and nasty in the same breath. It’s the more malevolent elements that hold the greatest thrill though, as occasional swells of foreboding low-end rumble threaten to derail the focused thrust of the track. Instead the drama continues to build in an ever-increasing arc, never histrionic but rather executed with a steady hand.

Quite how much Olbricht was tailoring the first and last track for his first vinyl excursion is unclear, but it’s worth noting that his grubby finish is still intact. There has certainly been no sense of compromise even if an amount of adaptation has taken place, and it’s a more interesting artist that can explore different facets of their sound for different situations. Even the more club friendly tracks are firmly posited in the wilder realms of house and techno, and they’re certainly not built in DJ-friendly ways (largely due to the lack of lengthy intros and outros), and so we can only commend Olbricht for delivering a record that further shapes out his sonic identity in fine style.