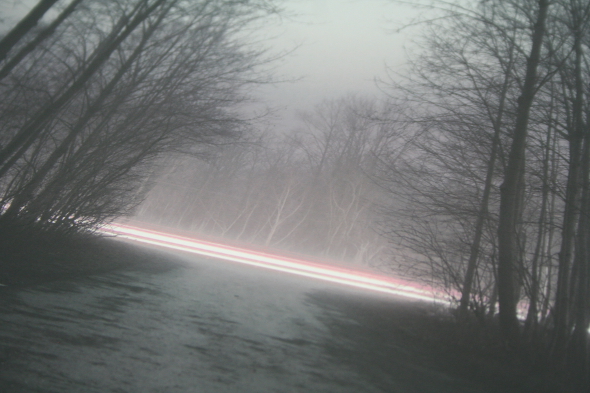 Arriving soon after Jo Johnson delivered her fine debut album for the Further label, another Bleep43 operative, Emile Facey, returns with a second Plant43 long player Scars of Intransigence. While Johnson’s Weaving is a subtle, ambient work, this Plant43 album is a different matter entirely. Inspired by Facey’s beliefs about the state of the world, it seeks to raise awareness among the listener about issue such as privatization, the use of fossil fuels and the imbalance between the wealthy and everyone else.

Facey wants to do this in the context of a home listening album – but are both goals compatible? After all, there is an argument that protest music should be a physical, visceral experience, more about standing up and being counted than lying down for your rights. This writer feels that Facey has opted for a different approach and Scars of Intransigence is an adroit soundtrack of the world’s ills. “Dormant Technology”, with its robust, taut electro rhythms, menacing bass and detached robo vocal sounds like the kind of track that could get UR hoodie-wearing audiences exorcised, while “Emerald Abyss” unfolds over tumbling drums and discordant riffing.

However, it’s more likely that “Wounding Words’ will have a bigger impact. Here, the listener comes face to face with the surveillance state, the steely kick and surge of the sub underscoring a bleak synth line slicing through the ether like a spy drone, sending the listener into a cold, paranoid sweat. It’s an impressive piece of electro noir and still not quite as impactful as the album’s slower tracks.

In particular, “Fire Burning Inside”, with its funeral-paced beats and expansive synth melodies, sound like Legowelt on a particularly bleak day spent on an oil slick beach, while “The Coldest Rule” could be an electro take on a spy thriller. High pitched electronic tones blip and bleep like secret attack gadgets and the pulsing bassline has echoes of EBM menace and swagger. It’s probably not going to get anyone marching on the streets, but as an electro-led look at the state of the nation, it’s very impressive.