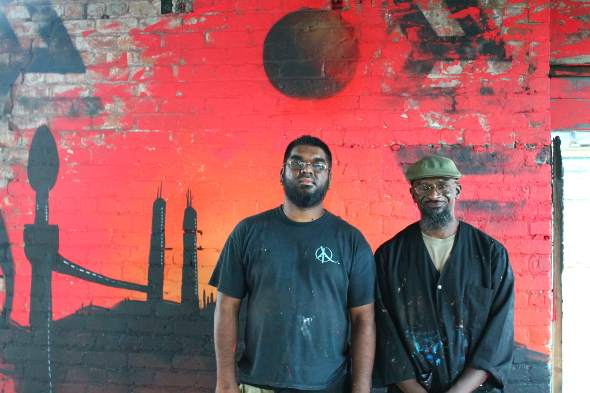 Almost three decades of the American visual artist’s work will get a full retrospective in a new book.

Visual artist Abdul Qadim Haqq (pictured above right) is one of the unsung players behind the futuristic aesthetic fuelling much of Detroit techno. The Michigan native, founder of Third Earth Visual Arts, is responsible for creating many of the designs for Underground Resistance, Planet E and Transmat releases, while also providing cover art for records by Drexciya, Rick Wade, Kevin Saunderson and more. In 2012, Haqq, whose name translates to Servant Of The Ancient Truth, published the graphic novel Requiem For A Machine Soul, a project featuring Wade.

News now arrives of a new book from Third Earth Visual Arts celebrating Haqq’s work called 25 Years of Techno Art, featuring some 101 pages that document his designs from early as 1984 to the current day. In a YouTube video viewable below, Haqq describes his artwork as “surreal, sci fi and fantasy concepts” with a large portion focused on “humanoid, metallic, and android forms”. A press release for the book quotes UR’s Mike Banks as calling Haqq “Detroit’s Number One Ambassador of Art” and offers the following high praise: “Haqq’s retrospective includes beautifully photographed high definition images of his most influential and globally cherished works. Along with extremely rare and well photographed images of some of Detroit’s most elusive artists that only Haqq could get.”

Set for a November 10 release, 25 Years of Techno Art by Abdul Qadim Haqq will come in regular edition while a signed copy with bonus gift will also be available to purchase. To pre-order visit the Delsin website. 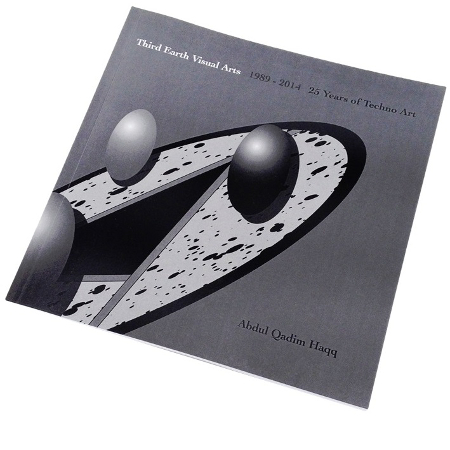