RüF Dug and Samrai meet At The Dane Bank Observatory 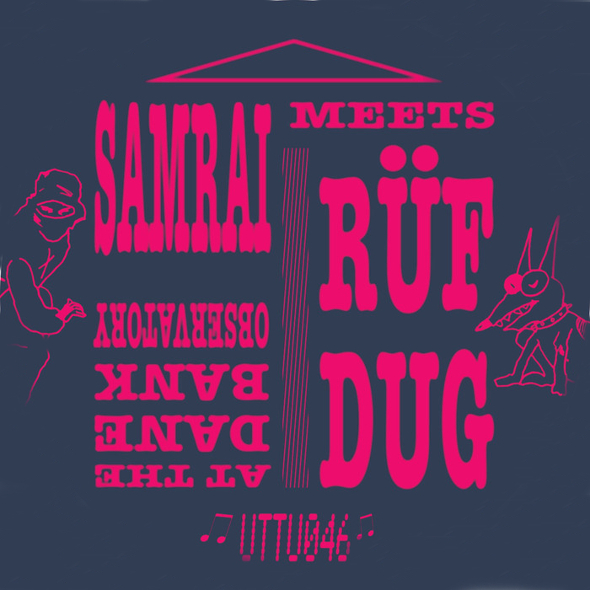 The Mancunian pair have teamed up for a 12″ on UTTU replete with Hashman Deejay and Zanzibar Chanel remixes – stream in full and read our interview with RüF Dug.

If you were in any doubt that DJ Haus likes to keep himself busy, a brief glance at the recent release schedule across Unknown To The Unknown and subsidiary Hot Haus should put that to rest. The past two months alone have seen 12″ drops from the likes of Willie Burns, Trax Couture’s Rushmore, DJ Ford Foster, Italian house producer DJ Octopus, UK techno veteran Chris Finke’s Bodyjack project and the DJ Vague alias of Atlanta artist Helix. Keeping the heat on as 2014 draws to a close, Unknown To The Unknown look north next, scooping up Manchester pair RüF Dug and Samrai for the forthcoming At The Dane Bank Observatory 12″.

Set to drop next month, it’s the first collaboration on record from RüF Dug and Swing Ting resident Samrai, though it transpires the pair go way back. It also features remixes from Mood Hut’s Hashman Deejay and rising Melbourne production unit Zanzibar Chanel, and the whole thing can be streamed exclusively below. We’ve been fans of RüF Dug’s original material since he persauaded Süd Electronic to start releasing records again with The Head Cleaner 12″ back in 2012, so we also took the opportunity to quiz him on this UTTU release and his current activities. Scroll on below the SoundCloud stream for that.

Hi Simon, so let’s start with the new 12” on UTTU – can you explain how you came to collaborate with Samrai?

Samrai was one of the very first people I met when I returned to Manchester from my time overseas. That was 2008, he was playing Rhythm & Sound and Theo Parrish records in a bar on a Sunday night… over the years we have always maintained a friendship, collaborating from time to time on various things behind the scenes – this record is the first thing we’ve made together that we felt we could find a home for in the real world.

Are you a regular at his Swing Ting night?

I played at the very first one! Me and Aidy West from Vinyl Underground at some place called The Attic off Oxford Road.

The EP title is quite specific – where is the Dane Bank Observatory and what’s your connnection to it?

The Observatory is my home/studio. Dane Bank is a small suburb on the outskirts of east Manchester, just a little bit away from it all. Things are a little quieter, a little slower here. You can see the Pennines. Yes M34 crew!!!

How did it come to get released on UTTU?

DJ Haus is a friend, we have been passing music to each other for a few years now. As we were making the first track we were thinking of places we could shop it to and it seemed logical to offer it to him. I sent him the first track, he said he wanted it pretty much straight away and so me and Samrai got together a week later to make the second track.

Whose decision was it to choose The Hashman and Zanzibar Chanel for remixes?

I think DJ Haus made the choices but as with UTTU being the outlet, the choice of remixers was governed by who we were friends with – I’m pals with the Mood Hut crew and Zac/Imhotep from ZC is also a mate… it’s a real thrill to share the record with such talented friends, the remixes are both absolutely deadly!!!

Overall there has been quite an upsurge of original RüF Dug output since that Süd 12” last June – is there a release that you are particularly proud of?

I am very happy with all of them. This UTTU release really is something special though, there are a lot of very talented collaborators on this one so I think I feel more comfortable singing its praises!

We’ve done a few interviews with US-based DJs over the years such as the Future Times crew and Aurora Halal who have spoken fondly of the Wet Play night you are affiliated with. Any night that stands out as a personal favourite?

My favourite was perhaps the second time we had Beautiful Swimmers or one of the very early ones when we just had locals on and did it in a little pub that we can never ever go back to ever again.

The most recent Rüf Kutz record was quite interesting – what was the thinking behind it? Did one cover version spark the rest?

All the odd-numbered RK releases have been edits or edit-based but there are a LOT of edit records out there at the moment and I wanted to cover “Music Sounds Better With You” for ages, so I just figured that I would make number nine a record of covers. It’s still copyright theft, right? I had been swapping messages with Bell Towers for a while and let him know my idea and within a week or something ridiculous he had completely finished his one. After that I worded up Glowing Palms and Benny Badge and got to work with the RK’s on ours and that was it. Good vibes!

What else can we expect from RüF Dug over the coming months?

Lots of DJing! I’ve been away in the tropics making an album for the last three months so I am absolutely gagging to play out again… most of November I’m in London including Rhythm Section’s 3rd birthday which will be just Bradley and I all night long and also an extended set with Luv*Jam at the end of the month. Got a few overseas trips lined up also but above all I desperately want to blag myself a go on the rig at Spiritland… fingers crossed!!!

Unknown To The Unknown will release At The Dane Bank Observatory by RüF Dug and Samrai on November 17. 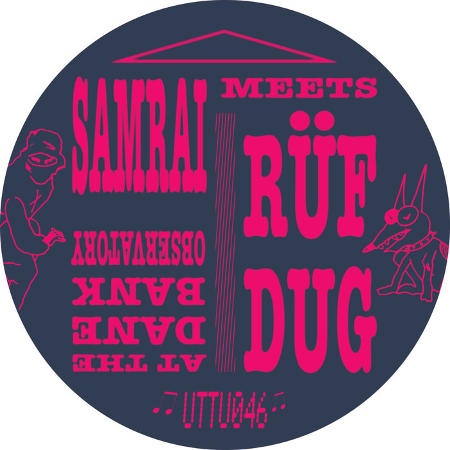