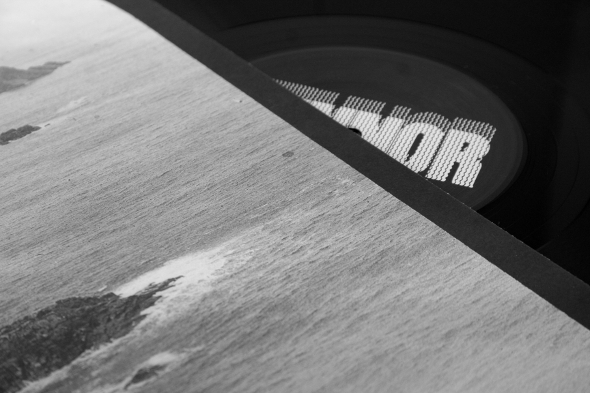 For those used to the sharp edges and alien signals of Pev’s output, this collaborative release with fellow Bristolian Andy Mac will probably come as something of a surprise. Mac has already proven himself with the killer Everytime and Regular & Irregular releases on Punch Drunk and Idle Hands, leaning more naturally towards house tempos and grooves even if he’s shown a propensity for some intriguing textures and atmospheres along the way. Pev meanwhile has hinted at a house strand to his output in the past, most notably with his sublime remix of Typesun’s “Heart Maths”. 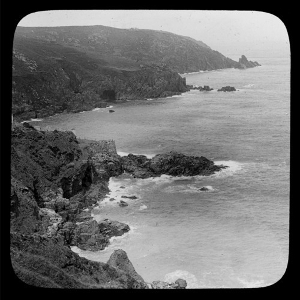 Their pairing for The Trilogy Tapes finds the pair tucking into some distinctly direct and uncomplicated house approaches, and it’s no bad thing. “Never In Doubt” leads the charge with a direct lead in on a peppy tempo marked out by a stout 4/4 kick, leaving ample room for a slowly swirling pad tone to spread itself in a gentle undulation. What is perhaps most surprising is the warm and emotive bassline that comes in for accompaniment, working in a melodic arrangement that comes off positively direct for artists more commonly associated with obscure or experimental approaches in their music. The rest of the percussion moves in rigid, minimal formations with just a few splashes of heavily reverbed decoration by way of diversion, and so the track glides for seven minutes. It’s a gentle effort injected with enough spirituality by that soaring and diving pad to keep things meaningful.

“Storms” begins with an instant step up in the energy department, making use of a hooky lead synth line that comes on like Pev melodies of old. It’s a little sci-fi in its demeanour, but where you would normally find it falling in a complex rhythmic configuration here it fits neatly onto a bumpy house template with a killer low piano note to accent the end of the bar. With soulful chords humming into the latter part of the track, it works like a classic house burner and it sounds utterly deadly in the process. There are quiet textural touches drifting in the distance that score occasional moments in the spotlight in between the melodic sections, and its in these details that the track elevates itself beyond cookie-cutter house jams. Most importantly though, that lead synth still moves with the otherworldly quality you would hope for from such a production pairing.

“Tin” however provides something of a diversion, allowing Pev and Mac a chance to work a little more nastiness into their meeting of minds with a throwdown that works around a taut electro funk beat and lets the synths get gleefully weird. It’s a brief exercise where the melodies still remain centre stage, but there’s more time given to considered touches of effects manipulation, interruptions of the flow and an overall rudeness not required in the two longer tracks.

In truth, Never In Doubt feels like an unfussy record made by two artists wanting to simply craft some fun dancefloor tracks without the esoteric trappings of their more common work. Expectation may often be otherwise given the reputation they have elsewhere, but under a different name on a new label to both of them, the release is best taken at face value and enjoyed in an uncomplicated fashion. That certainly comes across as the intention for the release, and why the hell not?