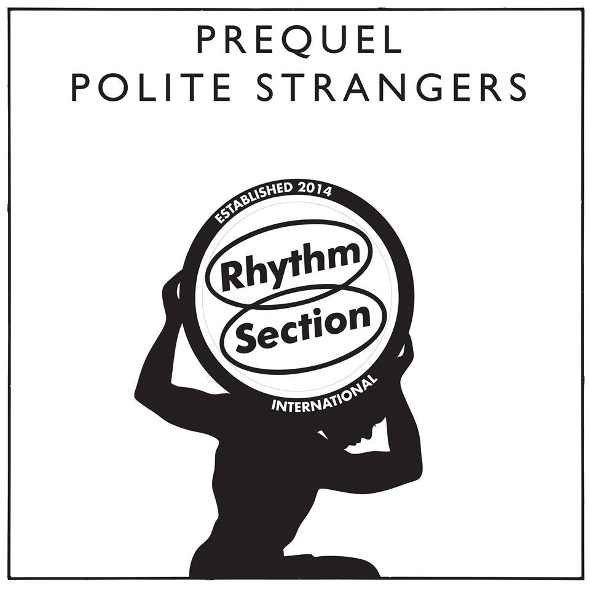 The third release on the Peckham label looks to the Melbourne-based newcomer.

“Born in Peckham, 2014.” Rhythm Section International has swiftly established itself as a label fully reflecting the proud community-focused ethos of the celebrated South London club night it has grown out of. Proceedings commenced in impressive fashion with Rye Lane Volume One, a superb album-length introduction to the talents of local producer Al Dobson Jr, and label boss Bradley Zero has wisely eschewed any laurel resting in favour of getting music out there. The recent issue of Al Dobson Jr reworks from RüF Dug and The Very Polish Cut-Outs duo Ptaki is now followed by news of a third imminent release from Rhythm Section International, which throws the spotlight on another unheralded talent.

Due to drop at the start of November, the Polite Strangers 12″ introduces Melbourne-based DJ and producer Prequel, and looks to be his debut release. Some four tracks deep, Polite Strangers “oozes jazz, lush orchestral experiments and downbeat, Detroit flavour house,” slotting in nicely alongside Rhythm Section International’s output to date. The record has already received the hushed seal of approval from Gilles Peterson, with closing cut “The Test Dream” getting premiered on the veteran broadcaster’s website.You can hear that track below courtesy of Peterson’s YouTube channel whilst those who reside in Melbourne may want to attend the launch party this weekend – details here. 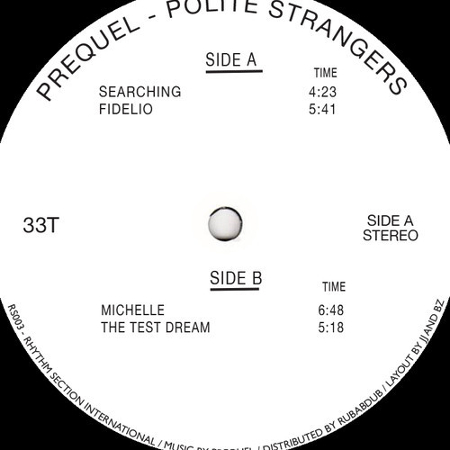