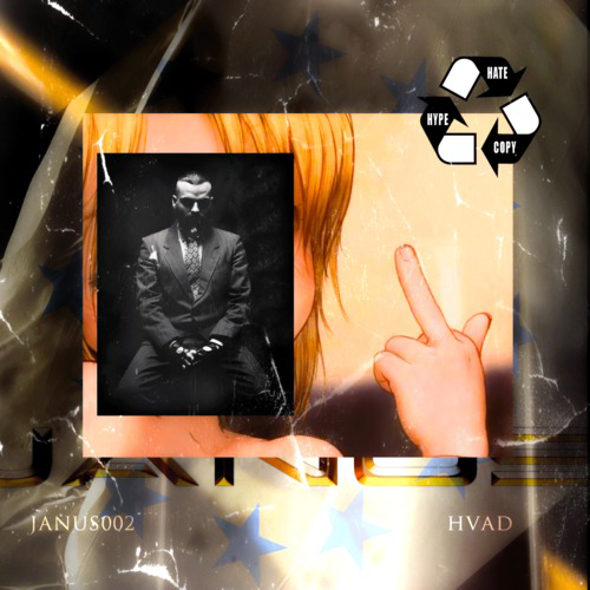 The Copenhagen-based producer crafts the second in the Janus crew’s irregular mixtape series.

Despite its regular nights now looking to have come to an end, Berlin’s Janus crew have made quite an impact since the party of the same name was started in 2012 by Dan DeNorch and Michael Ladner. Resident DJs M.E.S.H. (who we spoke to recently about five of his favourite records), Lotic and Kablam also helped to shape the ethos of a party whose freeform approach to DJing reflects the similar approach of New York’s GHE20G0TH1K party, and they’re all becoming internationally recognised DJs in their own right.

The Janus crew will be appearing together tonight at Berghain and at Unsound festival in Krakow next week alongside Copenhagen-based DJ HVAD, who has provided the second Janus mixtape, “100% crafted/handled/lifted” by HVAD himself. An artist whose intriguing history involves playing bhangra and breakcore mashups and impersonating Trentemøller, his music shares the same love of dark THX-scale reverb as Lotic, who provided the brilliant first Janus mixtape. While Lotic’s mixtape sampled hip hop and R&B however, DJ HVAD’s entry is more bereft of human voices, opting to let his wallshaking polyrhythms take centre stage. It’s the most punishing sets we’ve heard in a while – stream or download it below.