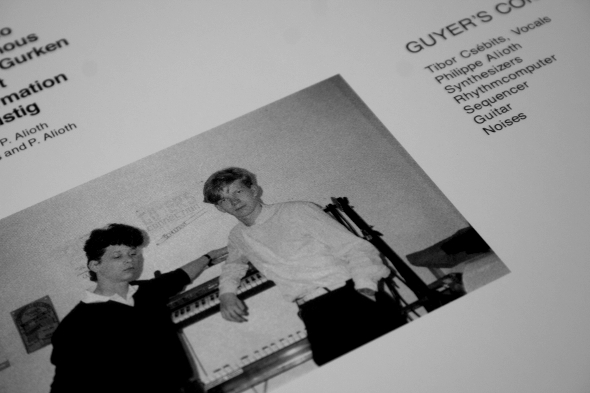 There’s something to be said for a certain purity, isn’t there? So often it’s the records that weren’t even expecting to be bought, the bands that never thought anyone would show up to see them live, the songs made as if nobody was ever going to listen that end up have lasting effects. And it isn’t only archival festishism – some albums, like this one, attest to the fact that solitary experiments sometimes become pivotal in the story of a music. Tibor Csebits and Philippe Alioth self-released Portrait in their hometown of Basel – even singing in the Basel dialect at times – when they were about fifteen years old. They liked synthesizers so they experimented, they wrote some songs, they had a lot of fun, and ended up defining a certain kind of minimal synth while they were at it. 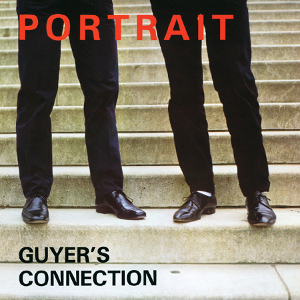 The record is exceptionally fresh, it’s sharply produced, smart as hell and rich in ideas, in humour and in heart. On top of that, it’s the kind of minimal that’s so minimal it doesn’t age – with the age of the world or with the age of the listener. Csebits and Alioth disbanded soon after 1983 – Csebits never to be seen again and Alioth to reappear in five or six guises thereafter. Some may have heard the (fantastic) Touch el Arab hit “Muhammar” about orientalist drunk driving, or the ‘stalinist electro-hardcore-industrial’ project Spartak. All of that is born right here, in Guyer’s Connection’s Portrait.

The record, devotedly cleaned up and respectfully kept in its original design by Minimal Wave, comprises of eleven little tracks all around the three-minute mark, like eleven pop songs or eleven punk songs, neither of those things yet powerfully both. Similarly to their compatriots Grauzone’s first record but much less depressing, to German band Monopol’s Weltweit but a touch less aggressive, or to underheard yet important minimal synth productions like Tranquil Eyes’ “Walks” or L’Aventure Imaginaire’s “La Fin de L’Innocence”, Portrait is one of those records that disarmingly, innocently yet not at all naively draws the line under a style and under a substance. Thirty-five minutes of angstless, extremely clean-sounding synthetic fun sparked all along with intelligent wit and controlled gloom, with a kind of neutral sentiment able to dip into darker atmospheres without losing its cool, a trait reminiscent of some of Minimal Wave’sprevious reissues from Deux and Autumn.

The introduction to Guyer’s sound is supplied by “Pogo of Techno”, a knowing title in itself, behind which lies a playful instrumental – two synth-lines satisfyingly repeated again and again – before opening onto “Ballade Pour Nous”, in which Alioth and Csebits dedicate to themselves a ballad of perfectly crisp, dark sequencers and simple melodies overlayered with various screams, coughs, sobs, laughs and general sonic face-pulling. “Ein Glass Voll Gurken” (a glassfull of gherkins) apparently sung in Basel dialect, is actually – together with the eco-disappointed anthem “Keep the City Clean” and the magical “La Transformation” – one of the most touching tracks on the album. A track soaked with a simple, colourful melancholia and delicate melodies which could belong in children’s music or in a particularly sad shopping mall soundtrack.

Guyer’s more punk, smartly irreverent side appears on tracks like “She’s So Hot” or in the majestic, black-humoured phasers of “Dallas” (‘No more war in Palestine cause all the world is Dallas and that’s fine / Bobby Pamela and JR are more important than an atomic war’). A certain experimentation can be heard on “Die Grille”, “Links und Lustig” (which riffs on much more common themes reminiscent of Telex or Starter, but with a post-Kraftwerkian eerieness which is completely their own) and “Arabia”, where Guyer’s Connection embroider a story about a missing girl sending ‘an S.O.S. from Arabia’ and offer one of many – but one of the best – examples of early 1980s Chinese-restaurant-orientalism, as I like to call it. In a landscape of ‘wind’ made by heavily breathing into a microphone, a sample of arabic music turns seamlessly into a neurotic little synth riff. Similarly, “National – Und Stadterat” closes the show by developing a slow, classical piano piece into Guyer’s clean, straight, truly minimal synth.

The record is essential listening for anyone interested in synth-wave, in minimalism, and in the sonic worlds of the early 1980s more generally. Along with the release of some demos from the time on Medical Records in 2011, this reissue of Portrait closes the circle on Guyer’s Connection, who split after this and did nothing else – but in a sense, it’s enough. It’s incredibly accomplished, mature stuff which stands alone as a polished little diamond, shining of its own half-light and testament to a minimalism that needs absolutely nothing else.