Quentin Vandewalle’s Antinote is a rare beast: a label that is almost impossible to pin down. Though the Paris label first surfaced with the archival proto techno of Iueke, Antinote has developed into an increasingly open-minded concern, hopping between the John Carpenter-inspired synth-wave of Nico Motte’s excellent Rheologia, the Future Times-ish tropical wizardry of DK, the cozy dream-pop of Syracuse, And that’s before we get to the dense and off kilter rhythms of Albinos. 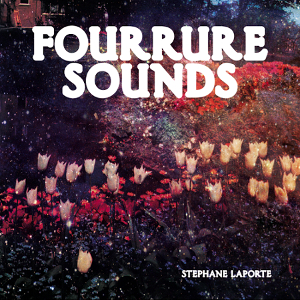 Given this far-sighted approach to electronic music, it’s perhaps unsurprising to find their latest full-length venture, Stéphane Laporte’s Fourrure Sounds, exploring the fuzzy world of 1970s synthesizer experimentation. It’s perhaps not that great a stylistic leap; even so, there’s something strangely authentic about the woozy melodies, crackly production and dusty tape hiss that dominates throughout. Laporte is hardly a familiar name, but he’s not a newcomer, either. He’s been putting out sporadic releases under the Domotic guise since the early 2000s, variously exploring modular synthesizer-heavy IDM, melodic electronica, odd ambience and krautrock-influenced skewed pop.

Even so, he’s not released anything quite as ambitious or lo-fi as Fourrure Sounds, and his output has all but dried up in recent years. Given that this is his first album under his given name, it has all the hallmarks of a conscious re-invention – an attempt to go back to his roots and reboot his career. This may just be conjecture. Certainly, the recording method for Fourrure Sounds – according to Antinote’s press release, at least – was a little different. It apparently involved Laporte working solely at night, recording directly into a four-track AKAI tape recorder set up on a “cozy fur carpet”. You can certainly hear the four-track in the finished album, with all but a handful of tracks accompanied by tape hiss and the unmistakable buzz of cheap audio leads.

The dominant sound, though, is that of the synthesizer. The 11 tracks that make up the album have the feel of spontaneous, impromptu recordings – sketches and soundscapes created using various modular synths. Sometimes, the effect is strangely cinematic – see the intergalactic electronic sweeps and bittersweet melodies of “Orbite”, for example, or the creeping, off-beat ambience of “Watkins”, where notes wobble, chords gently throb and odd bleeps pop and spit from the speakers. At other times, such as on the drifting, strangely alien “Pachiderm”, it feels like Laporte’s intentions are unclear. At these times, Fourrure Sounds comes across like an album of 1970s library music instrumentals with “space” as the theme. This is incidental music for long-forgotten European B-movies, whose storylines are near impossible to follow.

The label has compared Laporte’s work on Fourrure Sounds to legendary French film composer Francois de Roubaix, whose knack of blending cutting-edge electronics and traditional compositional methods can be evaluated in the two Le Monde Electronique De Francois de Roubaix compilations on Universal Music Jazz France. While there are some similarities, better comparisons can be drawn with early exponents of French avant-garde explorers Patrick Juvet and Didier Marouani. Parallels can also be drawn with krautrock-era German electronic experimentalists, too, while much of Fourrure Sounds feels like a long lost Suzanne Ciani project from the early ‘70s. The droning “Ten Square” and “Uneasy”, with its Tomorrow’s World bleeps and queasy feel, both sound like some of Ciani’s odd compositions of TV commercials.

Whatever the inspirations, Laporte’s work has an authentic feel – as if it was recorded in 1974, rather than 2014. That said, it’s no hollow exercise in modular synthesizer love. For the most part, Fourrure Sounds is a thoroughly impressive set that veers between otherworldly iciness, starburst melodiousness (see the bubbling arpeggios, twinkling chords and bubbling keys of “Space Samba”) and heady expressions of Laporte’s space-themed daydreaming (see the six-minute standout “Manufacture”). It may well be Laporte’s best album yet; certainly, it’s his most inviting.