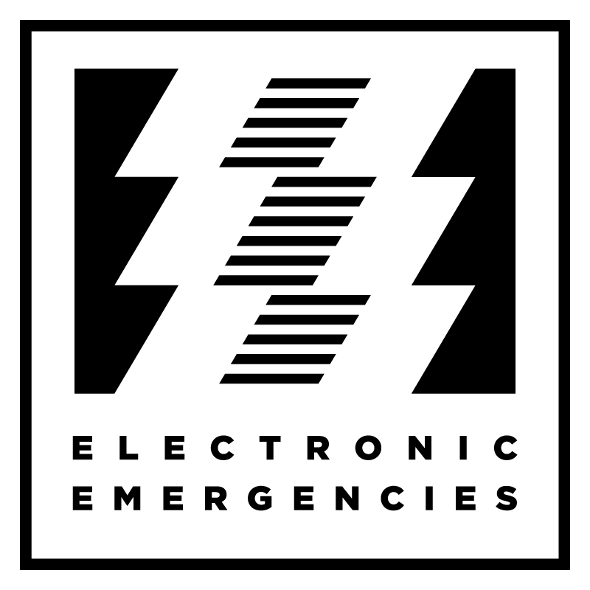 We speak with the new Rotterdam-based label whose debut release is Why Is My Life So Boring?, a new album from the cult Dutch artist.

The recent revelation that Danny Bosten has been hard at work in the laboratory manufacturing his own line of miniature Baby 8 sequencers has evidently not impinged on his production activities, with the news of a new Das Ding album. Though Bosten released numerous tapes in the early ’80s on his own cassette label Tear Apart Tapes, the Dutch artist has in effect released only one album proper in the shape of H.S.T.A., the Das Ding retrospective issued by Minimal Wave in 2009 that brought about a revival of interest in his musical output.

Therefore the prospect of a new Das Ding album should be widely embraced, with Why Is My Life So Boring? due to drop late next month on Electronic Emergencies, a label founded by local Rotterdam selectors Spacemaker and Leather E. The Dutch city is not lacking for labels, with the Clone axis complemented by Patrick Marsman’s Pinkman Records and Paul Du Lac’s Bio Rhythm. However, these all occupy slightly different sonic spaces, and one gets the feeling Electronic Emergencies will too, given how it’s launching. As well as a taste of Why Is My Life So Boring? in the shape of album track “ModStim” streaming below, we took the opportunity to quiz Spacemaker and Leather E on the formation of Electronic Emergencies, how they came to work with Das Ding and what to expect as the label grows.

Hi Spacemaker & Leather E, I understand you both have quite the pedigree of DJing in Rotterdam, but what made you both decide to start a label together?

Spacemaker has been DJing since the ’80s in many different styles, but always electronic, culminating in what he calls “disco noir and wavey electrix”. Leather E has also had a passion for electronic music since an early age. As adolescents we both dreamed of working at a record company, but life took a different turn. Through the years, we met a lot of people who made wonderful music but had trouble releasing it. When the two of us met, we built upon this common passion and eventually decided to start Electronic Emergencies.

What are your intentions with Electronic Emergencies and how does it fit in with the clutch of local labels in Rotterdam?

Our intention is to release a wave of beautiful electronic records, music we love made by people we love! All releases will be limited and numbered, and the artwork and design is also very important for us. The music we are going to release has a clear connection to the Rotterdam scene but on the other hand our label is different enough to make its own statement.

We know most of the people who have labels in Rotterdam and think it’s a stimulating and exciting scene. We are looking forward to interesting collaborations and crossovers.

Launching with a new album from Das Ding is quite the statement – how did you come to work with Danny and who proposed the idea of an album?

We first met Danny almost two years ago. He played a stunning live set on one of Spacemaker’s coldwave parties, ZWART (“black”) at the infamous club BAR. We kept in touch and became friends. We were surprised that Das Ding had never released another album after the brilliant ’80s album H.S.T.A. on Minimal Wave records. We listened to a lot of the newer stuff he had made and were instantly impressed – we loved the sound. Together with Danny we chose 10 tracks, which was a very intense but at the same time very smooth process. That was the first action of the Electronic Emergencies team.

What can people expect from his LP Why Is My Life So Boring?

A brand new 10-track Das Ding album, which sounds crisp and young in the club and mature when you play it at home. Das Ding has always had that certain thing; strict and detached beats combined with warm melancholic melodies, emotionally distant and intense at the same time. The sound is clearly analogue and very specific since Danny rebuilds his vintage synths and builds his own sequencers and modular systems. The album was mastered by Alden Tyrell and will be distributed by Clone.

Both the album artwork and the label design looks quite distinctive – who was responsible for them?

The cover of the album was made by Danny Bosten himself, it’s a big graphic work of art hanging in his living room annex studio. The logo of Electronic Emergencies and the general design of the label has been created by Meinhard Spoor, a young designer from Rotterdam who is also a DJ and a personal friend.

From reading up on the label it seems like you have plenty more planned for 2015 – can you share with us some of the music you will be releasing?

We have several releases already lined up for 2015, but are keeping them a bit of a secret for now.
Among them is a 12’’ containing a couple of dark ambient/techno pieces by a completely anonymous artist who just sends us their stuff, bizarre and wonderful as well as an intriguing mystery. Other releases will vary from electro pop to wavey electrix and will be from Rotterdam as well as international.

Electronic Emergencies will release Why Is My Life So Boring? by Das Ding on November 21. 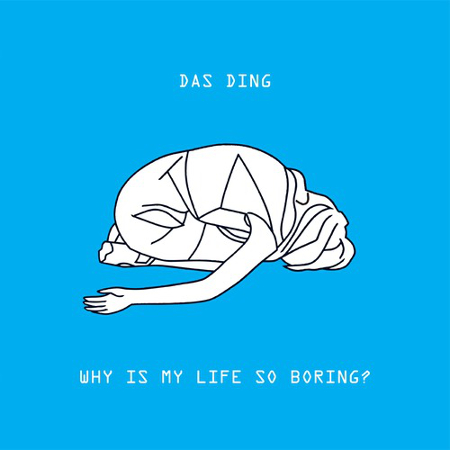 A1. Why Is My Life So Boring?
A2. Want Need
A3. Zombie Botnet
A4. So Beautiful
A5. Billionaire Space Tourist
B1. ModStim
B2. Hyperinformed Superconsumer
B3. Emotional Firewall
B4. Wannabe Hasbeen
B5. Styrofoam Cathedral