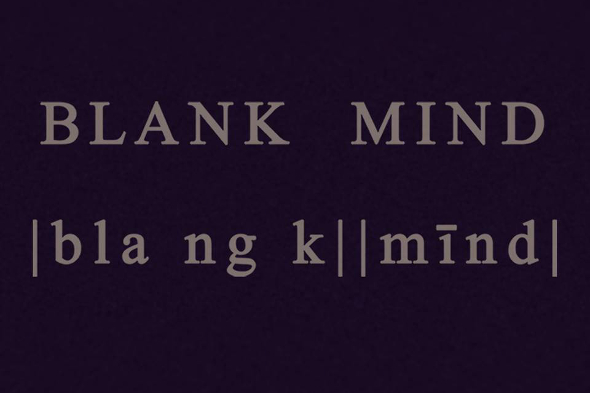 Label founder Sam Purcell has teamed up with the excellent Dro Carey for their next release.

Launched back in late 2011, Sam Purcell’s Blank Mind label has remained pleasingly hard to pin down across its intermittent release schedule. Goron Sound, last year’s excellent exercise in classicist dubstep from the Alan Johnson duo is perhaps the one release that brought Blank Mind to wider attention, but the label has been confounding expectations from the off. It’s hard to think of another debut release as distinctive as the introduction to the musical tradition of the Grenadian Jab Jab that was Blank Mind’s inaugural 12″ drop from Adrian Lenz and Sandman.

Since then, the London label has gone on to reissue some vintage footwork from DJ Clent as well as the aforementioned Alan Johnson record. It’s also operated as a platform for Purcell’s own productions under the Dance guise, with the most recent, Heyvalva Heyvalva Hey, sounding like a bizarro version of Demdike Stare dancefloor horror classic “Hashashin Chant”. Purcell’s growing prowess as a producer will be documented on the next Blank Mind release, which finds him collaborating with the perma-busy Eugene Ward, better known as Tuff Sherm and Dro Carey. Adopting the name Mirror, the duo’s first collaboration is due later this month, and as the below preview demonstrates, all four tracks sound very much suited to the label.

Blank Mind will release BLANK006 by Mirror later this month.